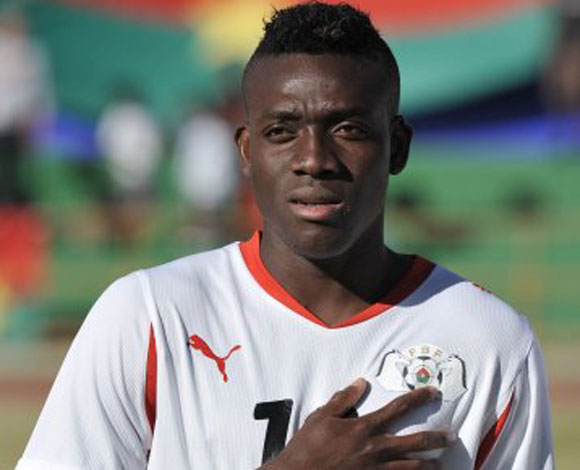 This is the 2nd instalment to the ‘In Depth’ section, for the first ‘In Depth’ article, on Ezequiel Lavezzi, click here.

In this section we will take a detailed look at some of the world’s best footballers, and what the rest of the football community thinks of them as well as how they came to stardom.

Today, we have a look at one of the most in form and dominating strikers in Ligue 1 at this moment in time. He is of course, Lorient’s Alain Traoré. Here is his story:

At the age of 16, Traoré signed for his local team in Burkina Faso, the Planète Champions Ouagadougou in 2004, but this does not tell half his incredible story. Alain grew up in Bobo-Dioulasso, a small town in Burkina Faso. In 1988, his father worked as a civil servant and according to Traoré:“I was in a good place at this time, we lacked nothing.”

Traoré’s father had some football experience, having dabbled on the fringes of playing for his country, and was the perfect role model for his young son, who, from a young age, was interested in football.

Then, Alain’s world was turned upside down when his father died suddenly. All of a sudden his mother had to work to provide for her 4 children and they fought to make ends meet. His mother could no longer keep her children and so she made the brave decision to hand them over to her dead husband’s parents.

It was thanks to them that Alain was eventually able to join Planète Champions Ouagadougou, one of the most advanced football club’s in his country.

He quickly announced himself as one of Burkina Faso’s best emerging talents, mainly thanks to his incredible eye for goal and shooting accuracy. He was first noticed by clubs outside of Burkina Faso when he represented his country in the U17 World Cup.

It was in 2005 when Alain’s footballing dream really became a reality. He was offered a trial at English giants Manchester United, and, had his application for a British work permit not failed, he would have signed for the Red Devils.

When it became apparent that Traoré’s Manchester United move had fallen through, current French Ligue 2 side Auxerre took the opportunity to visit Alain’s mother in Burkina Faso. In an attempt to persuade her that Alain should come to Burgundy, despite her son residing in England at the time, she eventually agreed to let him go.

These were Alain’s thoughts when he arrived: “I was unhappy, I missed everyone. Often, I cried. It was a new life began without my family, my friends. Everything was different, the food, the relationship with the people. “

During his time at Auxerre he began to lose focus on his football and as a result was dropped to the reserves.

Auxerre coach, Jean Fernandez talks about this difficult period for Alain: ‘He was a young very talented with a technique and intelligence above average. But soon he ended up in the reserve team. He had lost some values, believed it had all already happened. He didn’t see there was still work to be done.”

The staff at Auxerre began to lose patience with Traoré and shipped him off on loan for a season to Brest (Auxerre were in Ligue 1 at the time). When he came back a season later he had played 14 games and managed just 3 goals as a Brestois.

Alain Traore in a Stade Brestois shirt. He enjoyed minimal success on loan there for a year. (Courtesy of Ouest France)

In the Summer of 2010, it was make or break time for Alain. He had one year remaining on his contract at the start of the 2010/2011 season, and Jean Fernandez told him there was no certainty that Auxerre wanted to keep him on.

Thankfully, that season turned out to be Traoré’s breakthrough. He fought very hard for his first team place and bagged a total of 14 goals in the next 2 seasons. Then, this summer, Lorient decided to come knocking having only just stayed up, partially and ironically at Auxerre’s expense.

They paid an estimated 5 million euros for the striker who recently described his new home as “the perfect club to take the next step.”

Having already scored some outstanding goals for his new club who’s unbeaten run ended sourly away to Valenciennes, it looks as if Alain has finally arrived on the world’s footballing stage.

This week alone, he has been linked with a move to Liverpool who are currently short of attacking prowess, one thing Traoré certainly has in abundance.

Alain also continues to rack up the caps for his country and is fast becoming their most important player. Despite Alain’s recent turn of fortune, he has not forgotten where he came from:“When I score a goal, I think of my dad.”  His mother and two of his siblings currently live in London and his little brother attends the Chelsea Youth Academy.

We leave you with a quote from that man Jean Fernandez, who worked very closely with Alain at Auxerre:

” The boy has a brilliant touch and will become a very good footballer If he does not get injured, he can make a great career. He understands the ball. We had incredible discussions about the game when he was not yet 18. You will see at the end of his career, he will be coach of Burkina Faso. “