We take you through the potential happenings in the penultimate round of fixtures before the winter break in Ligue 1.

Nancy have had to accept that this season will be difficult at best. Crazy fans doing stupid things, and just one win during this campaign; the club has seen better days. However, 5 straight Ligue 1 draws has inspired some hope into the side. They will feel they have a chance against a fading Bordeaux. Girondins on the other hand are struggling for results in the league. Despite brilliantly topping a tricky Europa League group, the belief and confidence just is not there. They play ‘boring’ football at times and are seriously missing Ludovic Obraniak through injury.

Generally speaking, Saint-Etienne have played inspirational football this season, and they fully merit to be sitting in the European qualification spots at this present time. However, January could be a testing time for ASSE. Max Gradel, Pierre-Emerick Aubameyang and Romain Hamouna have all impressed greatly and the world has taken notice. Just this week Manchester United scouts watched Saint-Etienne take on Bordeaux in order to see Aubameyang in action. If ASSE can hold on to their stars, they are in for a truly memorable season. Lorient have been revitalised over the past weeks with storming wins over Marseille, Sochaux and Toulouse. Performances from Alain Traore and Benjamin Corgnet have completely changed the fortunes of a club that was battling relegation last season.

Pierre Emerick Aubameyang has been in inspired form for Saint-Etienne this season. (Courtesy of le10sport.com)

What an important game this could turn out to be. 1st meets 2nd at Les Parc des Princes, and if the home side can win they will take top spot once again. Three weeks ago, PSG’s manager Carlo Ancelotti claimed his side was in crisis. However, he’s managed to turn it all around. An impressive win over Porto saw Les Parisiens top their Champions League group and then went on to record two impressive 4-0 wins over Valenciennes and Evian. Meanwhile Lyon have had a brilliant season thus far. They completely ripped up their Europa League group, finishing top with 2 games to spare. Players like Gomis and Vercoutre have been exceptional performers. 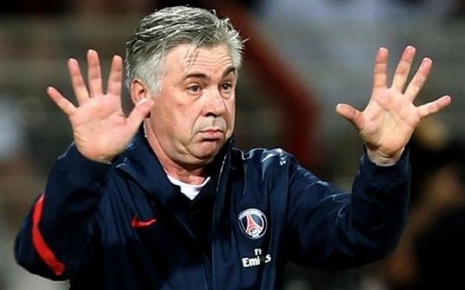