Digne and M’Vila to leave in January?

With Yanga Mbiwa having signed a new deal with Montpellier a few weeks back and therefore looking almost certain to stay in France this season, we look at two other players looking likely to dominate transfer headlines across Europe this January. 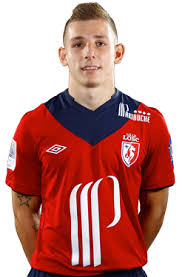 Seen by many as the most wanted young full back in the world, Digne has impressed in a faltering Lille back line so far this season. He is seen as cheap raw talent, who with the right training, could be moulded into a great player. Manchester United have recently bought Buttner; while Barca signed Alba; but with Ashley Cole looking set to leave to another Ligue 1 side, PSG, Chelsea might be the ideal place for a player like Digne to go.

Digne clearly has some flaws. He has a serious lack of first team experience, only breaking into the team last year and has been shown up at the highest level, in the Champions League, so far this season, in particular, during Lille’s 6-1 drubbing away at last year’s finalists Bayern. It is clear that he is not yet a finished product, but has been one of the most consistent Lille players this season and has several national youth appearances under his belt. Where ever he goes, he looks unlikely to get much first team football this year, so contrary to other reports, do not be surprised if he stays put until the end of the season. Chelsea, might be desperate to claim the services of the player before big names, such as Real Madrid come to swoop the youngster up. It is clear, that unlike team-mate Debuchy, Digne is one for the future and will not feature much at a top European club this season. 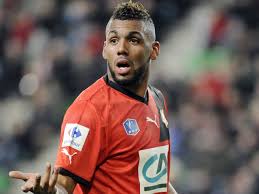 Last season, M’Vila was one of the most wanted defensive midfielders in the world and was one of the brightest talents in French football. Six months later and M’Vila’s name has been sullied. After being banned until 2014 from representing France after going clubbing the night before an U21’s match and being involved in bust up after bust up with his current boss Antonetti M’Vila’s reputation is at an all time low.

Arsenal have wanted M’Vila for a few seasons now, and they really need another player who fits into the Song-esque role. However, Wenger seems reluctant. He has always had a tendency to avoid signing players with wild reputations and M’Vila is certainly one.

Spurs also seem unlikely to sign him, having brought in three midfielders so far this season. Their early league form shows that they have not quite found a replacement for Luca Modric, who left for Spanish giants Real Madrid in the summer, and although M’Vila plays deeper, he might be that man. Everton does not seem a likely destination, unless they can convince M’Vila they will be playing European football next season and so a move to Zenit looks like the best bet. Zenit have the funds to pay M’Vila and have signed world class players this year, including Hulk and Axel Witsel. A move to Russia, therefore, looks the most likely.