5 Ligue 1 Players Not Leaving this Window 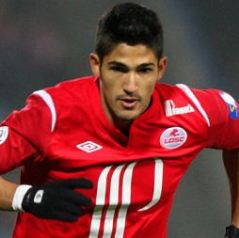 As we enter the last week of the transfer window period, have a look at 5 Ligue 1 players who have recently been linked away from their current clubs despite the clarification that they will not be leaving this month.

The injury-plagued attacking midfielder has not been short of potential suitors this January. There were heavy rumours linking him to Arsenal for a loan move until the end of the season with an option to buy; but other big European names such as Atletico Madrid and Fenerbahce have been in contact with Lyon. For OL, getting rid of one of their highest earners who has not been performing in the last year makes financial sense, but Chairman Jean-Michel Aulas has confirmed the player will not be leaving this January:

‘He will certainly stay here until June. Afterwards, we shall discuss his value, but he’s been injured. Now is not the time to be talking about transferring him.’

The Argentinian attacking midfielder has found it difficult to adapt to the surroundings in Paris. His luck-lastre performances have sometimes seen him lose his place in the first team for PSG. With the arrival of Lucas Moura at the beginning of the month, one would’ve thought that this would only push Pastore closer to the exit door. However, this week the attacking midfielder said this:

The highly-rated Valenciennes youngster has been linked with many clubs this January including the likes of Liverpool, Newcastle, PSG and Lille. It has been reported that there are clubs in negotiations with the player and that these are ‘ongoing’. However, the Valenciennes President Jean Raymond Legrand has confirmed that the centre-back will not leave this window:

‘There are discussions, but there is no fire, because Nicolas will remain with us for the next 6 months even if a deal is reached.’

Bastia’s attacking midfielder has been the subject of much speculation this month, but that was finally brought to an end yesterday. Newcastle were understood to have made a €3m bid for the Frenchman and Arsene Wenger had apparently had several phone calls with Bastia’s Sporting Director. Apparently, Thauvin, if he were to move would prefer to stay in France as it is too early in his development. Bastia’s President was yesterday able to confirm that the midfielder would not be leaving this window:

‘Florian Thauvin was the subject of a firm €3m bid from Newcastle which rejected. He will not leave this window, but does not want to extend his contract.’

The Lille forward has been consistently linked away this window. We understand that there has been considerable interest from clubs in China and Qatar, but the Brazilian has every intention of staying with LOSC:

‘The objective for us is to get into the European football places for the end of the season. Myself and the team will be doing our outmost best to achieve that.’