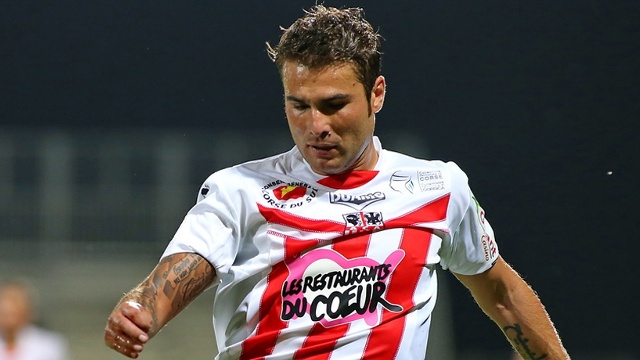 AC Ajaccio key-man and Romanian striker Adrian Mutu has announced this morning that he has agreed a deal to sign for Romanian 1st division side Petrolul Ploiești for an undisclosed fee until June 2015.

The striker has had a difficult season with the Corsican Ligue 1 side so far, having failed to find the net in nine appearances. Mutu’s Ligue 1 experience will be somewhat short-lived, he arrived just under 18 months ago from Italian outfit Cesena during the 2012 summer transfer window.

Upon his arrival, he declared that he would score more goals than Zlatan Ibrahimovic, a statement he may live to regret. The ex-Chelsea forward, who has caused much controversy over the years, bagged 11 goals in 28 showings last season not even close to Ibrahimovic’s eventual total with PSG.

Fabrizio Ravanelli’s rather public fallout with Mutu in August of this year where they had a touchline spat in the midst of the Italian manager’s first league match against St Etienne may have contributed to the Romanian’s decision to call to quits.