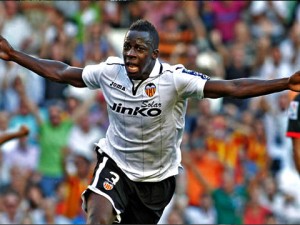 After Liverpool and Valencia came to an agreement over the loan move of Aly Cissokho on Friday, RMC transfer window correspondent @mohamedbouhafsi has now confirmed to us that the Frenchman is set to have a medical, and will complete it, at Liverpool TODAY and should be available for selection for Liverpool’s Premier League encounter against Aston Villa on Saturday. This medical should be under-way shortly.

The 25 year old was signed for Valencia from Lyon in 2012, but has failed to stamp his authority at the Mestalla and depending on how he plays at Anfield, there is an agreed Buy-out clause of €5 million.

Cissokho also agreed terms for a loan move to Sunderland, but opted to go to Liverpool instead.