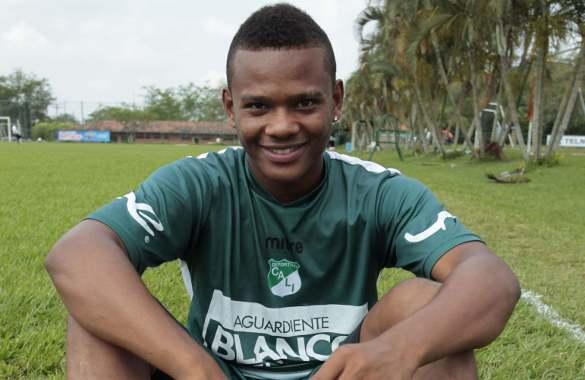 Evian are set to loan to young attacking players as they look to bring in fresh blood in order to attempt to avoid another relegation battle for this coming season.

Andres Ramiro Escobar is a 22 year old Columbian winger who is currently owned by Dynamo Kiev. The player is known for his pace and he can play down either the left or right wing. With the possible departure of Saber Khilfa, this looks like a sort of insurance policy. Get French Football News has learnt that there is in a buy out clause at the end of this one year loan deal which is understood to be no more than €2.5m. Deal still being discussed presently.

23 year old midfielder Facundo Bertogilo will also sign a one year loan contract with Evian imminently. The Argentinian versatile midfielder is currently owned by Dynamo Kiev, whom Evian have an affiliation with. No buy out clause in this contract.