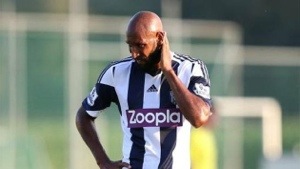 In one of the most intriguing Premier League transfers so far, Nicolas Anelka, formerly of Chinese club Shanghai Shenhua, moved to West Bromwich Albion. The 34-year-old signed a one year deal with the club and today we look at whether or not he can make an impact in Steve Clarke’s side.

From the beginning of the summer transfer window, it was clear that West Brom were out to sign a striker following the departure of Romelu Lukaku and the fall from grace of Peter Odemwingie, but the signing of the veteran striker Anelka was hard to predict. When you look at Anelka’s record last year, 3 goals in 22 appearances for Shanghai, this transfer appears even stranger. However, if we were to go no further we would be missing the true reason behind this transfer.

Although he was brought into the team to score goals, he is not, as some people claim, Lukaku’s direct replacement. Steve Clake signed him as much for his experience as his goal scoring ability. In terms of worldwide experience, very few in the world can truly compare to Anelka.

Anelka has played for 10 different club in 6 different countries, and prior to his move to West Brom, also played in 4 premier league teams: Arsenal, Liverpool, Bolton and Chelsea. For Arsenal, he would always look to get behind the defence with his pace. He was a key part of that early Wenger side which won a second League and Cup double in the 97-98 season.

His time at Chelsea, during which he formed an effective partnership with Didier Drogba, is also very revealing. Although he had lost some of the pace he had in his early career, he still managed to score a very respectable 59 goals in his 149 appearances. By changing his playing style from looking to run behind the back four to finding clever positions inside the box and relying on his finishing, Anelka was still able to remain a consistent goalscorer, and he will look to use the same tactics if and when he plays for the Baggies.

In my opinion, this was a very clever signing by Steve Clarke. Anelka has still got the quality to chip in with a few goals for the club (at the time of writing he has 3 goals from 3 pre-season games) while also bringing his experience from the 6 countries he has played in to help the younger players at the Albion develop into quality first-team regulars. Do not expect miracles from the veteran striker, but be sure that, one way or another, he will have an impact in this West Brom side.