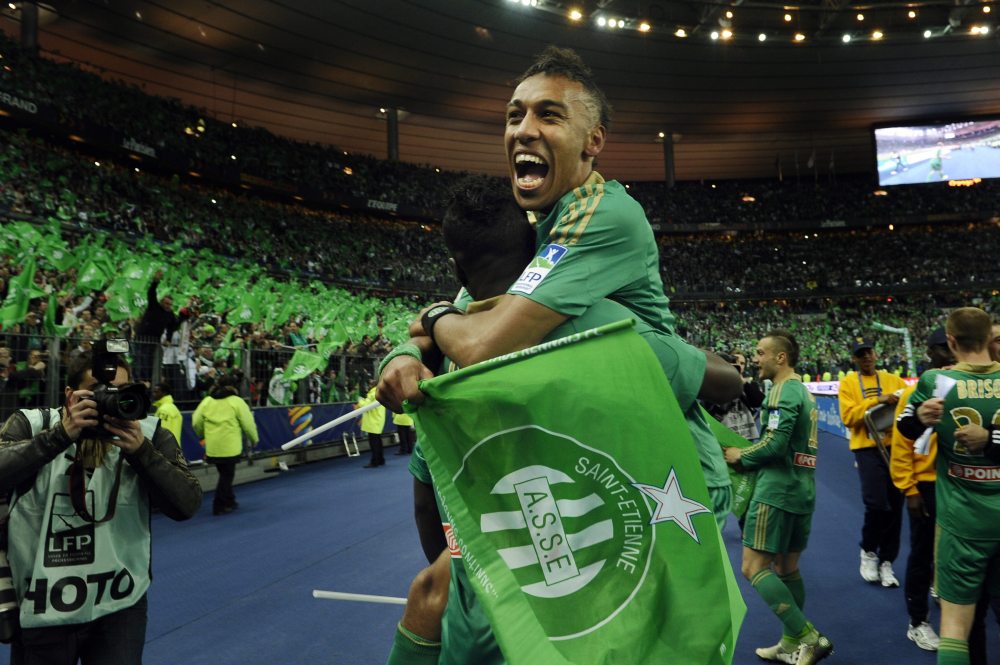 It has been a transfer saga that has rolled on since before Christmas, which has included clubs from all over Europe showing an interest and now left thousands of fans disappointed. It is finally over though. It is understood that Aubameyang has agreed personal terms with German side Borussia Dortmund and according to some has already taken a medical. A fee between the clubs still now needs to be agreed, but it is suggested that talks between the two clubs are close to completion and that Aubameyang will be a Dortmund player “today or tomorrow”.

It is claimed that Aubameyang will sign a 5 year deal with Dortmund until 2018 and the two sides are set to agree a fee of between €13 Million to €15 Million euros. This may confuse many people, but one has to realise that during a transfer saga, such as this, which has gone on for so long, with so many clubs involved, many false rumours will come out which people prefer to believe as it gives them hope that they will sign the player. For example, Everton were said to have joined the race for the player, which we can confirm never happened and as much as we are unable to deny them, bids from Newcastle and Anzhi which were supposedly around the 20 Million euro mark now look less likely to have actually occurred.

Having said that, Aubameyang always said that he wanted Champions League football and the clubs in England which showed an interest in him were simply not able to provide that. If Aubameyang continues his brilliant form from the last two seasons, then he will really be able to make an impact at the German side and maybe move on to greater things from there.

It has now emerged that Saint Etienne gave Pierre Emerick Aubameyang free reign to decide which club he wanted to join, as long as the offer submitted by the respective club was €15m or above.

‘But’, who have firm ties with Saint Etienne, have unveiled that club rejected offers from Rubin Kazan, Anzhi and Newcastle which were all in fact higher than Dortmund’s offer.

Bayer Leverkusen’s offer was the only one which came in lower than the €15m price point, closer to €9m, which is why it was just flat out rejected.

Where to: Lucas Digne

France U19 squad for European Championship