Yohan Cabaye will not be disciplined 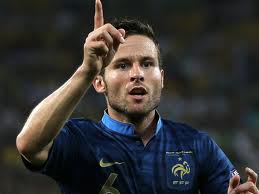 Sources close to Get French Football News confirm that Cabaye will not face any disciplinary action following his apparent refusal to play for Newcastle until his transfer situation was sorted out. Cabaye has missed Newcastle’s last two matches, a disappointing 4-0 loss to Manchester City followed by a 0-0 draw at home to West Ham United.

French Radio station RMC also claimed that Tottenham, managed by Andre Villas Boas, are also looking to enter the race for Frenchman Cabaye. They would be competing with North London rivals Arsenal, who had a £10 million bid rejected exactly a week ago. However, RMC continue to say that although there is reported interest, no concrete offer has yet been formulated.

There has been another development in the case of Newcastle target Andre Ayew. Marseille have announced that they will not deal with any club interested in Andre Ayew until Pres Labrune has talked with the player today (26th August). Among the other clubs allegedly interested in signing the Marseille player are English club Liverpool.