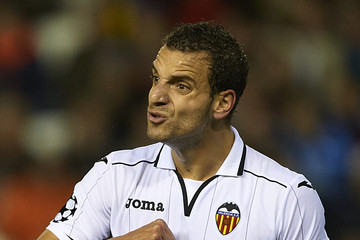 On Tuesday, February 12th, PSG will travel to Spain to face giants Valencia, in the first tie of the last-16 stage of the Uefa Champions League.

Valencia coach Ernesto Valverve will be taking charge in his first Champions League match with the club, after he took the reigns in early December. As much as he realises that the game at home to PSG will not be easy, he claims his team are high on confidence right now: “It’s always a good time to play a match like this. We’re doing well right now. We are high on confidence.” This is definitely true. A draw at home to Barcelona, followed by beating Celta in the final minute last weekend, shows that the Spanish side will be a tough nut to crack. Valencia have, however, also recently shown their weaknesses. They lost 0-5 at home to Real Madrid in late January and struggled to cope with pace, which incidentally, the French side does not lack. Lucas Moura has been a great addition to the team, with his ability to put quality balls in and beat defenders. This is worsened for Valencia, by the fact that first choice left back, and ex-Lyon man Aly Cissokho, is expected to miss the match with a ankle injury. Valencia also have problems on the other flank. Right back Antonio Barragan is suspended for this tie and Jeremy Mathieu, who is another full back is still recovering from an Achilles tendon injury. Valencia are therefore in trouble, as they one have one recognised full back left, in Joao Pereira, when they need two. Left winger Andres Guardado is therefore expected to play at left back, as he has done so a few times this season. Nevertheless, it is not ideal. 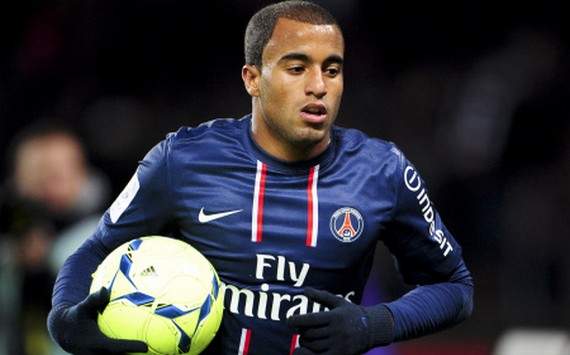 Moura could be PSG’s major threat, after a period of excellent form
[Courtesy of Goal.com]

PSG are not without injury either, however. Thiago Silva and Thiago Motta are both out with thigh injuries and this could become a problem against a Valencia team known for its attacking force. Soldado has been rattling in the goals once again this season and midfielder Banega has been noted for some standout performances. PSG, however, have much more strength in depth. Mamadou Sakho will return after the birth of his daughter, and play alongside Alex at the back and Matuidi will be expected to start alongside Verratti, after he was on the bench in PSG’s 3-1 win against Bastia on Friday. PSG come into this game on explosive form, but Ancelotti is not playing up his chances in the away leg at least: “I don’t think we’re the favourites because this round is totally open. Valencia are playing well.” PSG will be favourites to progress, but it is clear Valencia are not an easy side to beat. It is likely to come down whether Guardado can cope with Lucas Moura, because if not, Ibrahimovic will be waiting to pounce every time the ball comes into the box. Valencia will be lifted by Zlatan Ibrahimovic‘s poor knockout stage record of just 4 goals in 27 matches and will hope they can continue their fine run after not losing against a French team for 17 games. Beckham will be watching the game, but will not feature.