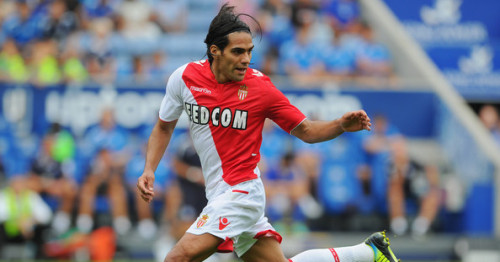 According to the ever reliable RMC this evening, Chelsea manager Jose Mourinho announced to the board at the end of November that he wanted a world class striker to arrive at Stamford Bridge in 2014. Radamel Falcao was a name that came up and Chelsea now appear to be tracking the Colombian closely, with RMC stating that Mourinho has told those involved at Chelsea that he wants him in January or at the end of the season.

We are still in the very early stages despite Mourinho being set on this transfer target, say RMC, with no contact being made as yet between the two clubs. Nevertheless, a good relationship between the Russian owners of both these clubs could make an agreement more likely, but in all honesty, a move in January, so soon after his arrival in Monaco, would seem unlikely for Falcao.

It is also actually unknown whether the player would be willing to leave the French big spenders for London, but Mourinho is certainly doing his best to try and convince him and recently flew out in order to watch the Colombian play for his national side, stating that he hoped that Falcao would be “Impressed”.

So we are still in the very early stages of this one then. With no contact as yet, a possible deal does seem very far away and with such a big name on the cards, it is only likely to drag on for longer. Either way, Mourinho wants the player according to RMC and when Portuguese manager wants something, he usually goes a long way to try and get it.