Djibril Cissé in talks to return to France 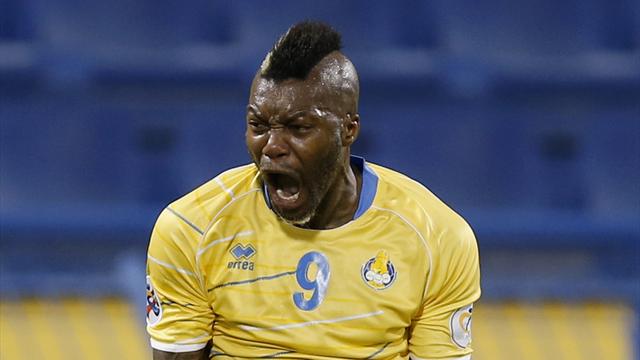 Get French Football News can confirm that the French flamboyant striker Djibril Cissé is currently negotiating a return to France after believing his time at Russian Premier League side Kuban Krasnodar is over, despite only joining the club 6 months previously.

Cissé, who has had an extraordinary career spanning over 15 seasons at clubs including QPR, Marseille and Liverpool has vowed to return to Ligue 1 ‘in order to break the 100 goal barrier’ in his home country.

‘I moved to Kuban this summer but now we are out of the Europa League. I am not sure the Russian league is competitive enough.’

The player confirmed that he is in talks with SC Bastia and has been for about 10 days we understand.

We can however confirm that Montpellier HSC are also in discussions with the player’s agent, after narrowly missing out on signing the player in the summer whilst Cissé was still under contract at QPR.