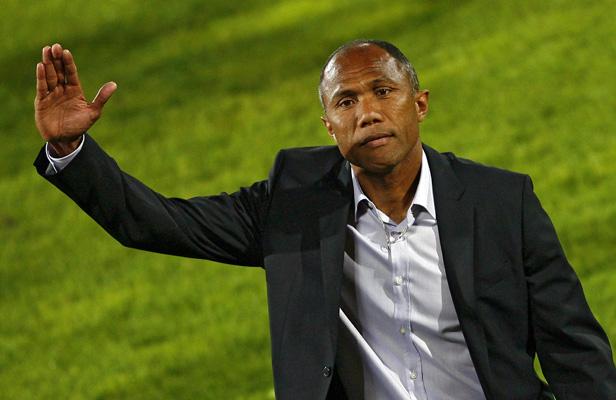 RC Lens escaped punishment from the DNCG and will be reinstated to Ligue 2.

This is following an ultimatum from the DNCG, an organisation that oversees the financial accounts and stability of professional football clubs in France, to eliminate their debts by selling the club or risk getting wound up.

Lens majority shareholders ultra Red and Gold had agreed to sell their stake back to Gervais Martel with the support of Azerbaijani business man Hafiz Mammadov after the club failed to pay their employees including administrative staff and players at the end of June 2013.

Martel left the club this time last year but vowed to ‘be back’ after being ousted by the Crédit Agricole Nord de France (CANF) despite fourteen years as chief custodian.

However he has now linked up with Mammadov who has previously invested in clubs such as Atletico Madrid and FC Porto. The CANF were wary of confirming the announcement before they got confirmation on Mammadov’s financial status from a European bank that had worked with The Baghlan Group chaired by the Azerbaijani.

There primary concern – the regularity of ‘clean’ money exchanges as they put it, to approve that Mammadov is fit and proper to take dual control of the club situated near Pas-De-Calais.

It was on 9th July that they were formally restored to the second tier of French football. This after the High Commission of Appeal of the French Football Federation declared the club ownership was satisfactory after previously being demoted by the DNCG.

However the fans shouldn’t expect a Monaco-esque rise to prominence according to Benoît Dequevauviller, journalist and self-confessed Lens specialist, having authored many books on the club.

Mammadov’s wealth and investment seems modest compared to Dmitri Rybolovlev who devoted €200 million to Monaco compared to the former’s €20 million.

With the precarious nature of the club’s financial position, questions will be asked of the reliability of Baghlan Group chairman with his capital coming from gas, some will say just a natural substitute for the perilous dependence on oil.

Despite stark contrast of affluence, the shrewd appointment of Antoine Kombouare, should ensure RC Lens have a sound footing to construct a competitive squad to mount a promotion challenge.

Dequevauviller also admitted “the image of the club isn’t projected by its directors”, but by its public and Kombouare will want to take the attention away from activity off  the pitch and ensure the supporters are 100% behind the team going forward.

The 49 year old Frenchman will provide the stability and symbol of constancy the club desperately need right now.

He showed he can work relatively successfully on tight budgets with Strasbourg and Valenciennes in the early 2000’s guiding both teams to mid-table security after promotion to the top flight with the latter in 2005/06.

This was a time where someone with the fiscal muscle of Nasser Al-Khelaifa wasn’t providing what seems like limitless financial support and Kombouare had to try and succeed with a team who hadn’t won a league title since 1994.

He did show a glimpse of his credentials with a 2009 Coupe de France win over AS Monaco whilst gaining plaudits for his attractive attacking style from both fans and writers alike. It was universally acknowledged that the man from Noumea, New Caledonia had brought the best football to the capital since Luis Fernandez’s reign in the mid 90’s.

It will be a long road for Kombouare to restore Lens’ credibility and get fans back on side. He did admit “my career is such that sometimes I end up where you would not expect me”.

He also confessed the presence of Martel made the difference hoping it can provide the best platform to instigate a brighter future for everyone associated with the club. This must include bringing back the hordes of ‘Sang et or’ devotees through the Bollard turnstiles and re-establish the club’s identity.

Kombouare is adamant his new club aren’t set up for Ligue 2 football and is ready for this next challenge of his career.

Capoue talks with Atletico stalling, L’Equipe believes he will talk to Cardiff

Finally an agreement between PSG and Verratti?