Elie Baup and Marseille: For How Much Longer? 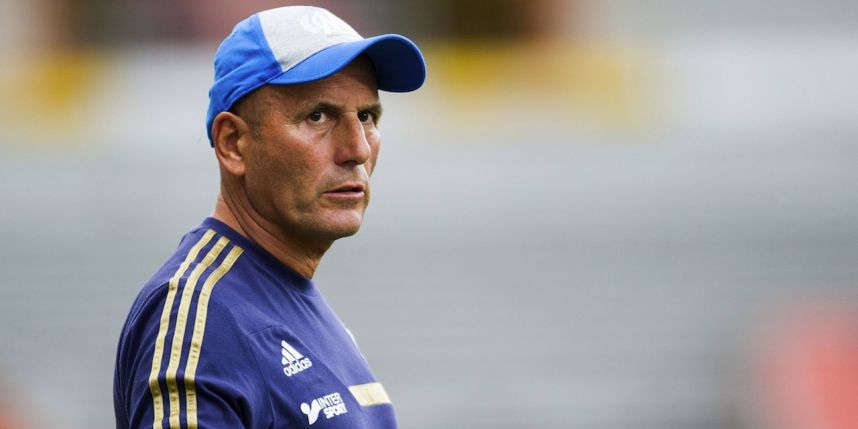 After a dismal October that ended without a single point and only two wins in the past nine games in all competitions, Elie Baup’s position as manager of Marseille is under threat.

Baup inherited the side in the summer of 2012 after their poor 10th place finish but they did manage to win the Coupe de la Ligue. In his first season, he led them to a solid second place in Ligue 1 but L’OM finished far behind eventual winners Paris St-Germain and were knocked out in the group stages of the Europa League.

At the start of this campaign, the side looked good in a comfortable third position behind big spending Monaco and PSG but recent poor results have pulled them down to fourth, seven points adrift of first place. With Baup believing at the start of the season that his side could challenge near the top despite the financial disparity between them and their rivals, why has it all gone wrong?

In the league, they are struggling to see out games like they did in the early stage of the season. Three losses in particular, against Monaco, PSG and Stade Reims, have come from Marseille caving late on from a positive position. Especially against Reims, where they managed to come from two goals down to draw level, only to lose their concentration and concede in the final few minutes.

It’s not been any better in Europe, where they have already been eliminated from the competition with two games yet to play. Many will argue that they were in the toughest group, with last year’s finalists Borussia Dortmund, the much-improved Arsenal and the always dangerous Napoli, but Marseille were supposed to add to that quality. Instead they’ve lost all four games so far, they’ve never quite threatened in games and will probably miss out of dropping into the Europa League.

Pressure has begun to build on Baup, who’s been criticized in the past by his own directors for his style of football and realistically he should be getting more goals from the attacking players the club possess. With players like Mathieu Valbuena, Andre Ayew, Dimitri Payet and Florian Thauvin at your disposal, 21 goals in 14 games isn’t quite the return you’d expect.

Some will argue they need a true centre-forward, with Andre Pierre Gignac looking like the answer early on but his falling out with Baup has hurt the side. Whilst they’ve only failed to score in three games this season, the issue is that whilst they are on top they are struggling to get more goals to put teams away.

This has also affecting their defensive displays, as they have only managed to keep four clean sheets this season. Whilst the pressure from not closing games isn’t helping, they are also falling asleep when they are in front and mistakes have been regular occurances, even from the more reliable players such as Nicolas N’Koulou and Steve Mandanda.

The panic has soften after two successive wins against Sochaux and Ajaccio, but those are sides they are expected to beat easily and confidence won’t be fully restored until they can keep up this kind of form. Tough games are coming against Lille, Nantes and Lyon which will shape where Marseille will become the Christmas break and could be a factor in Baup’s future.

Many weren’t rejoicing when he was initially appointed and he’s always been under pressure from the fans, but those recent wins will give him breathing room. If he can steer them towards third he should be okay but the club won’t stand for many more slip-ups. Despite their financial issues, L’OM are a proud club that want to be at the very top of the league, if he can’t get them there they might start looking for someone who will.