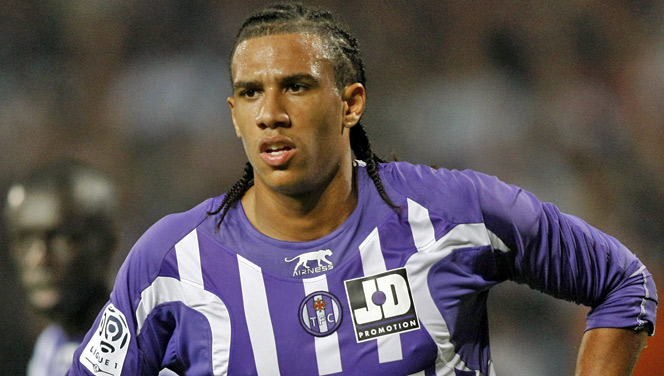 During January, Etienne Capoue announced that he wanted to leave his current club Toulouse FC because he is concerned about the future of the club, especially after the sale of Moussa Sissoko.  The club convinced the highly rated French international to stay, but it is clear to see that he is still not happy here; His form has gone down hill and he has been dropped from the national team as a result. With a price tag of around €16m, Capoue looks set to leave Toulouse and we look at where he could go:

Les Parisiens have been heavily linked with a move for the Frenchman. With Momo Sissoko set to leave, as his cousin told us, and Mathieu Bodmer also ready to be shown the door, as he can not currently make the first team for his loan club St Etienne, PSG are at least a midfielder short. Matuidi and Verratti are the only out and out central midfielders they have in their squad, as well as Beckham who is currently 37. You can be sure that PSG will sign a central midfielder this summer, even if the highly rated Adrien Rabiot is returning from loan, and Capoue could be that player. Capoue has now said on ‘BeinSport’ that he was close to joining them in January and feels he is close again. PSG now strong favourites for this one, but a move elsewhere is still possible.

Having missed out on Moussa Sissoko because the move ‘did not excite’ the current Magpie, one could certainly see Anigo and his croonies step up with intent and look to sign Toulouse’s other defensive midfielder. Marseille’s squad lacks strength and Capoue would be a great addition, but 16 million euros is much more than they would be able to pay and so it looks like they will be priced out of this one.

The R’s are the side who had the most contact with Capoue over the January transfer market and some reports even suggested that they put a bid in for the player. In January, they were favourites to sign the player, but all hope now appears to have gone. QPR are sliding towards relegation and even a miracle does not look like it will be able to save them. If QPR somehow avoid the drop and Remy stays, there is a chance that Capoue could come. Tony Fernandes would be willing to splash the cash to strengthen and Capoue would be top of his transfer target list. For now, however, this is all looking very unlikely.

Chelsea have a very strong squad. One man in Jon-Obi Mikel, however, fails to live up to the standard week in week out and Chelsea fans are running out of patience. The big spending Russian Roman Abromavich has tried to replace him in the past, but they have been unable to. Capoue is a similar sort of player who Chelsea could afford. You could definitely see him at the bridge next season.

Arsene Wenger is a man who, in recent years, has failed to spend big in the transfer market. We can confirm that the club has in the past contacted Toulouse about Capoue and Wenger is said to be an admirer of the player. This season, Arsenal are said to have cash to splash and with Abou Diaby injured once again, Arsenal desperately need a defensive midfielder. Capoue could be their man.

They have been linked with a move for the player in the past, but with both Sandro and Scott Parker, a move for Etienne Capoue would seem like a strange decision.

We understand that they are still looking to sign a defensive midfielder as a long term replacement for Nigel de Jong. Although there has never been any reported interest in Capoue, it is a move that would make sense for the club.