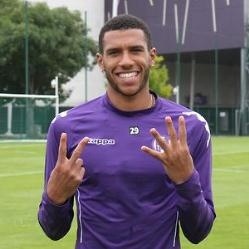 Toulouse President Olivier Sadran has this afternoon announced that midfielder Etienne Capoue ‘will go to Tottenham.’ The Frenchman had been strongly linked with a move away from the Ligue 1 side for some time and after Atletico Madrid have had a €7.5million bid for him rejected and talks with Cardiff have ground to a halt, Spurs appear to have come in and got their man.

According to Mercato 365, Tottenham have come in with an offer way high of that of Atletico (€10m plus €2m bonuses). The player is expected to fly to London tomorrow ahead of a medical and final signature on Friday.

Capoue is a highly rated French international who has actually had a poorer season this season, but is still a top talent. Whether he will be a first team player at Tottenham is debatable, but he definately has the ability to make a good impact on the Premier League next season.