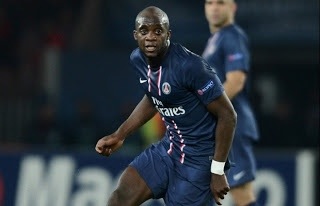 According to France Football, both QPR and Everton have made contact with PSG over want away midfielder Momo Sissoko and enquired about his availability. We must stress that these reports suggest that it is still in the very early stages and does not mean that a deal will definitely take place. This at this stage is unconfirmed by us.

The 28 year old Malian international is no longer wanted by PSG and after spending the back end of last season on loan at Fiorentina, his cousin told us that the player would leave the club this summer.

Sissoko has been linked with a move to Everton in the past, but having played for Liverpool, one wonders whether the player would cross the boundary and play for both sides in the city. Everton have also made contact with Barton today according to various sources and it would be highly unlikely that Roberto Martinez would look to get both midfielders in.

In terms of QPR, a move would also look strange as the club are trying to offload players in order to lower their wage bill in the Championship. Whether Sissoko would be willing to play in this division is another matter entirely.

More as we have it.

Diego Lugano close to moving to the Baggies?