Evian Close in on Benezet and Nogueira Deals 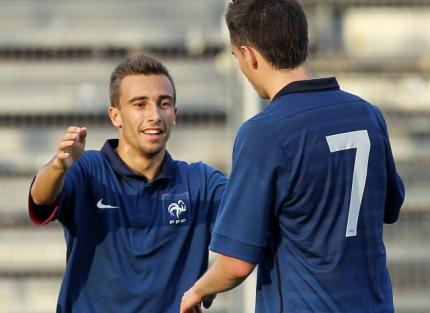 We understand that both these attacking midfielders are close to joining the Ligue 1 outfit after deals have been struck.

Nicolas Benezet, who had been a highly wanted man after a brilliant season with Nimes, is said to have given the nod to Evian after rejecting Sochaux according to RMC Sport. The figure being quoted is around €1.2m and there is general confidence that the player will be able to wrap this up fairly quickly. Nicolas Benezet has since confirmed in an interview that he will sign on the 30th June. He will sign a 4 year deal and has admitted he was persuaded by coach Pascal Dupraz.

Vincent Nogueira announced yesterday that he wanted to leave Sochaux and Get French Football News has been informed that the player has agreed contractual details with Evian, as he feels he is more suited to their project next season. No fee has been agreed and this deal is certainly not as far in as the Benezet agreement. More to come as we get it.