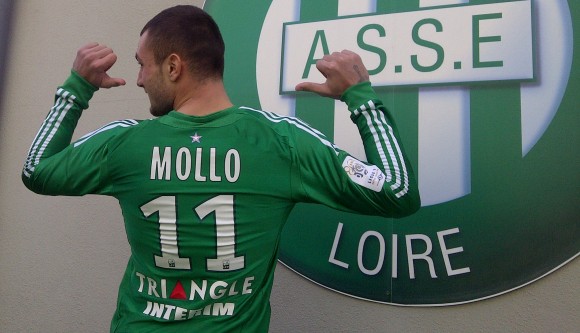 We understand that Saint Etienne are close to wrapping up a deal which would see them permanently sign Yohan Mollo from Nancy.

Yohan Mollo arrived at Saint Etienne in the early days of this January’s transfer window on a loan deal from strugglers Nancy. The winger wanted and needed a bigger club to fulfil his potential. We are unable to confirm whether or not there was a release clause in the deal, but one would at this stage assume so.

We do however understand that Saint Etienne have overall been impressed by Mollo’s impact down the wings and are in discussions to make the move permanent, as of about two weeks ago. Everything seems to be set, but the move could be scuppered if another, bigger club decide to bid for the underrated Frenchman. However, the player recently admitted how much he is enjoying his time at Sainte and will likely be eager to seal the move. We shall, as ever, keep you posted with the latest developments of this one as and when we get it.