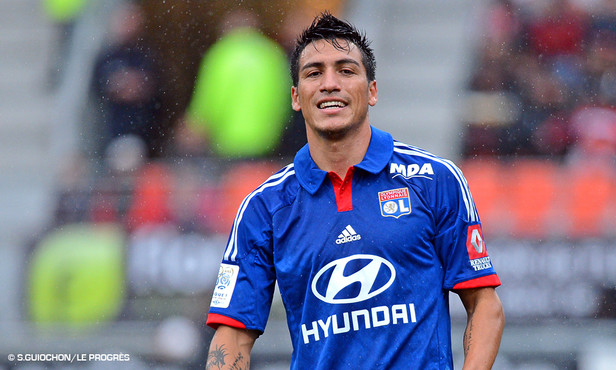 Lyon President Jean Michel Aulas has confirmed the transfer of left back Fabian Monzon to Italian outfit Catania after a very unsuccessful time with OL.

The 26 year old spent the majority of last season at Brazilian side Fluminense after a torrid first season at Lyon (2011-2012). The Argentinian played just 12 games for Lyon and has often been described as having the ‘worst type of attitude a footballer can have’ by French journalists.

Jean Michel Aulas has confirmed that Lyon will receive €3.3m for him plus another €300k in performance related bonuses. The contractual details are not confirmed by his new club, but he is expected to have signed a 3 year deal.

He passed a medical last week.