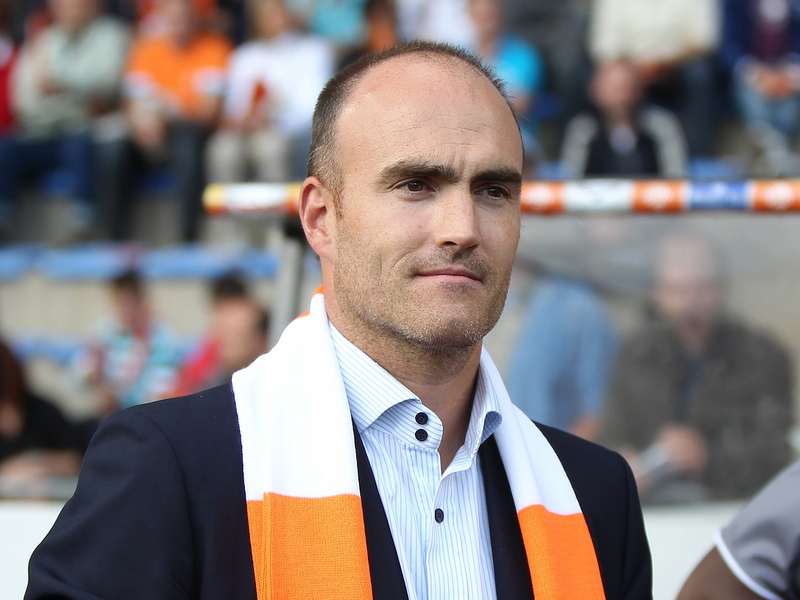 A rather unsavoury situation emerged yesterday when it was believed in local Brittany press that Lorient manager Christian Gourcuff was considering quitting the club because of President Loic Fery’s decision to sell Mario Lemina to Marseille without giving his own club the necessary time to find a replacement.

Mr Loic Fery is a busy man. He is currently CEO at Chenavari, a London based hedge fund which was recently voted 3rd best performing hedge fund in the world by Barron’s.

He also happens to run one of the top 10 football clubs in France in FC Lorient, who are the only club in the top flight to have been making a profit over the last 3 years, according to the President himself. How do we know that? We had the pleasure of interviewing him earlier this year.

The last 24 hours are unlikely to have been easy on Loic Fery as he faces the backlash of the events from yesterday’s transfer deadline day. The abusive tweets, including one from controversial Canal + pundit Pierre Menes as well as several from aggravated fans  coupled with the fact that his own manager is turning against him because of the economically viable and sensible decision to sell Mario Lemina for a reported fee of €5m plus Raffi Abdullah going the other way permanently and the loan move of Larry Azouni too.

His employee, Christian Gourcuff was clearly frustrated by the decision: ‘I understand this was an economical decision, but we cannot keep doing this and still expect results.’

First of all, Christian Gourcuff is overreacting. Yes, one appreciates the frustrations of a manager who has lost a player with great potential. Potential is the key word here. As promising as Lemina has been last year for his club and country on a youth level it is difficult to gage at the moment as to how good he can really become.

As for the signing of young Raffi Abdullah, although he has yet to prove himself on an international stage at youth level like Lemina, he is a really nifty central midfielder who more than adequately replaces Marseille’s latest recruit.

Loic Fery has a special way in which he manages his football club. He buys and sells players as if they were stocks that his hedge fund may be buying or selling. He tries to sign upcoming talent who’s value is likely to rise in the next years at a low price and then when he feels they have reached the highest evaluation they are likely to ever reach, he sells.

This is a man who has a proven track record in transfer dealings over the past years, making terrific financial gains off players like Gameiro, Mveumba and Morel who have failed to emulate their performances from their Lorient days at their new clubs.

Lorient, Christian Gourcuff and Pierre Menes need to accept that Loic Fery has his head firmly screwed on the right way and that he can prove to become one of the greatest Presidents Ligue 1 has seen because of the qualities he possesses. His transfer nous, financial expertise and judgement are attributes that even Presidents that are far more experienced than Fery still fail to possess.