Filip Djordjevic agrees pre-contract with Lazio; what next? 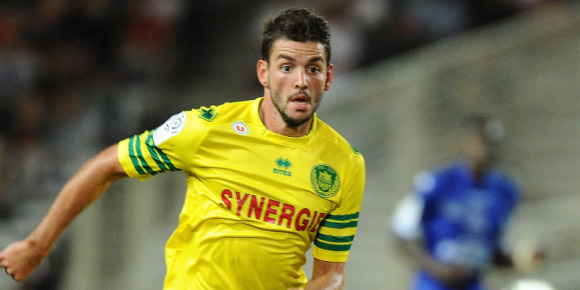 Canal + have confirmed that Nantes striker Filip Djordjevic has agreed a pre-contract with Serie A side Lazio after taking the decision not to extend his contract with Les Canaris, which runs out in June 2014.

As it stands, Lazio are the only side to have partook in advanced negotiations with the player’s agent and the Djordjevic is set to sign for Lazio for free in June.

However, if other offers come in from clubs in January for Filip Djordjevic, Lazio may be forced to buy him outright and enter the bidding war. Nantes will consider the possibility of selling the player should any offer tempt them.

Hull City manager Steve Bruce has in the last month personally attended a Ligue 1 game for the sole purpose of watching Djordjevic and Get French Football News understands that Hull City are in contact with the player’s agent, although negotiations have yet to reach an advanced stage.

Lazio appears to be Djordjevic’s first choice and any competing sides are unlikely to convince the player to sign a pre-contract with them also. As it stands, Djordjevic’s future this January is very much out in the open but if nobody signs him next month then he will sign for Lazio this summer.