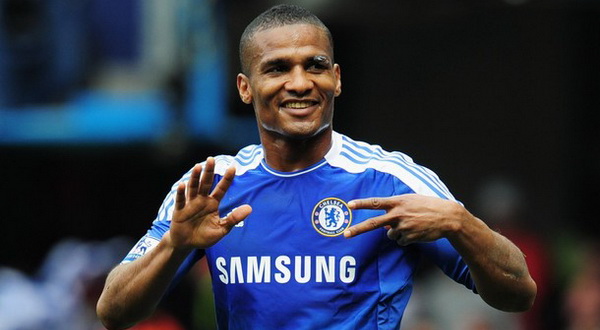 At Chelsea, Florent Malouda is a banished man who has not seen 1st team football for just under a year now. With his contract running out at the end of this season, should we feel sorry for him for the horrendous year he has had?

Florent Malouda was forced to train with the U18’s since the start of the season, as Roberto Di Matteo made it clear that the Frenchman would have no part to play in Chelsea’s campaign this season. Sadly for the international, his situation has not improved under interim coach Rafa Benitez despite the rumours suggesting he was to be able to train with the 1st team once again.

Malouda had this to say last week: ‘I have to remain mentally strong. To be left in exile for a year is too long a time, but I have to accept it. I will remain with Chelsea until my contract runs out.’

Part of me cannot help but be critical of Malouda for his moaning. We know that the player is on £115,000 a week give or take ten thousand; so, naturally he is going to sit tight for as long as he possibly can at Chelsea because of the enormous salary he deserved only 2 years ago, when he was a key player for the Blues. We received information in January to confirm that Chelsea would have let the player go on a free if he could find a club.

During the transfer window Malouda stated this: ‘Just because all is quiet, doesn’t mean we are not making steps.’

Ligue 1 side Evian attempted to approach the left sided winger on more than one occasion last month but a relatively small club fighting for survival was never going to attract the Champions League winner. The fact that he did not want to adjust his wage demands even if it meant he could’ve played football shows a lack of desire to enjoy his ever-shortening career.

The Frenchman probably faces the embarrassing prospect of being trialled by clubs in the summer before they are willing to offer him a contract simply because no one really knows if he is anywhere near the level he was at 2-3 years ago, even last year.

As for breaking back into the French national side, Malouda can kiss that dream goodbye. The player used to make the starting XI for his country but is now unlikely to be considered as even one of the top 10 French wingers around.

A sad story for a player who could have settled elsewhere and continued to prosper on the world footballing stage. Now, frankly, he is seen as a loser.