France 1-2 Germany: How the French fared 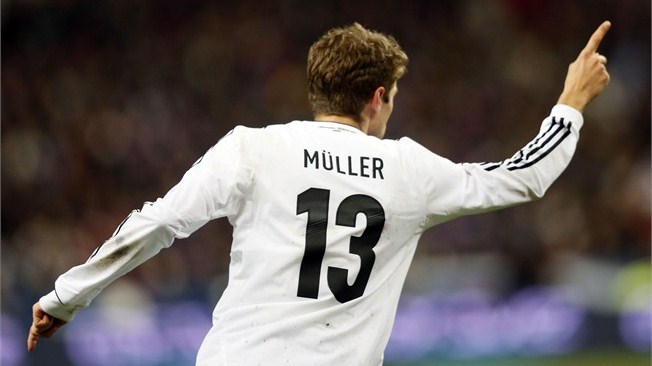 Yesterday, Les Bleus were beaten on their home turf by two goals to one against neighbours Germany, who beat France for the 1st time since 1987.

The game was open right from the off, and remained that way up until the end. Both sides had numerous chances over 90 minutes but ultimately it was Germany’s slightly better composure in front of goal which secured them the victory. France took the lead on the stroke of half time when Karim Benzema’s free kick hit the crossbar only to see Mathieu Valbuena head it in from about 3 yards.

The Germans turned up the heat in the second half and were able to capitalise on a drowsy 2nd half substitute Etienne Capoue who easily surrendered the ball and Khedira was able to pick out Muller down the right hand side who steadied himself before smashing the ball past Lloris. They then went on to take the lead when a wonderful pass from Mesut Ozil picked up Sami Khedira who slotted it past the French Captain. He did however look offside when Ozil played him in.

So how did the French fare?

The Captain produced a solid display and denied the Germans several times including a superb reaction save to stop a swirling Mertesacker header from going in.

Arguably at fault for both of the German goals: for the first he failed to pick up Thomas Muller and for the second he should have picked up Khedira’s run. Offered little going forward although was competent when he did.

The Arsenal man was very solid at the back for France in the 1st half but had to be subbed off at half-time because of a calf injury which is now likely to keep him out for up to 3 weeks. One of his best performances in a Les Bleus shirt; did well to nullify the threat of Mario Gomez.

Produced a very good display over 90 minutes although PSG will perhaps have been unhappy that their young centre-back was made to play the whole game as they face Bastia tomorrow already. Look assured and confident and is probably France’s best option at the heart of the defence at the moment.

Despite a string of poor performances for Arsenal in recent weeks, Sagna generally performed well in his 1st match for the national side since September 2011. Was given a bit of a torrid time by teammate Lukas Podolski, but he was generally able to handle him. Going forward he was making positive runs, but still seems unable to cross the ball.

Really invisible last night. Offered very little going forward and was unable to stop the German counter-attacks when he hung back.

Certainly played for the right to wear the shirt last night. Got stuck in and disrupted German moves whenever he possibly could; although one does feel, like Cabaye, he did not do enough to slow down the German counter attacks.

A delight to watch Ribery motivated to play well in French colours once again. On the ball he was virtually unstoppable, beating some of the best defensive players in the world in Hummels and Lahm regularly. Did seem to lack cohesion with his team mates at times and was often unable to get the right pass away however. Certainly the spark in the French attack.

Worked the hardest for his country out of any of the others until he was substituted in the final minutes for Jeremy Menez. Grabbed the goal, worked hard tracking back and found Benzema with good passes every so often. However, would have perhaps preferred to see him down the right wing where he usually plays.

Absolutely rubbish. Not for a want of trying, but really was poor last night. Managed nothing of note when he was on the ball and, although being played out of position down the right wing, was not giving good enough options for his team mates in terms of movement. Had one big chance in the 3rd minute after a Valbuena cut back, but he thrashed it over the bar.

Really poor positionally and French moves often broke down once the ball arrived at the Real Madrid Striker’s feet. Did see an excellent free kick strike the bar but his other efforts on goal were not what you would expect from a top Striker. Frustrating for France that they did not have a man looking to finish off some of the excellent attacking moves last night.

Came on at the stroke of half-time and produced a decent display. His long balls forward were also excellent, giving another option to the way in which France looked to attack.

Completely at fault for the Germans’s 1st goal and seemed to lack interest throughout the 45 minutes he was on the pitch. Certainly not proving why Toulouse fought so hard to keep him last month.

Wasn’t on the pitch long enough to make a real impression but worked hard when he came on and looked to make things happen.

Came on for the final few minutes and did not touch the ball more than 8 times.