France squad for World Cup Qualifiers vs Georgia and Spain 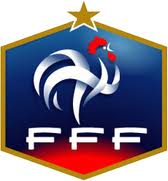 Paul Pogba is included in the squad for the first time, after a rich vein of form this whole season for Serie A side Juventus. Raphael Varane looks set to make his first appearance for the national side in at least one of these games, as although he has been in the squad three times before, he has never actually played for the National team. Deschamps had this to say about the two players:

On Pogba: “I’m not taking him just to visit the Clairefontaine castle (France’s training camp base), he is a player for the future. I have been following him for some time and I want to see him training with us in the squad. I have made this choice, lets see, then we can ask whether this is the right time or not.  I watched his last two matches. He is young, he was already preselected for the match against Germany.  It’s always interesting to have an attacking quality and he offers other options.”

On Varane:  “The situation has not changed, he has a very interesting potential. During the first half of the season he had a limited playing time, but since the beginning of the year there has been no worry over this: in recent weeks he has become vital in the defense of Real Madrid. He played in three high-level matches in a row: twice against Barcelona and against Manchester United. I took him to play against Germany to prepare, but unfortunately he had a small injury. He is familiar with the Spanish team, and this is an advantage, even if Messi is not Spanish … It is not a question of age, he plays great matches with a great club, but wearing the blue shirt is something else. He has not played any minute with us, but if I take it he is ready to play.”

Loic Remy and Dimitri Payet also return to the squad after a period of good form. Remy has three in five for his new club QPR, and Payet has been critical in Lille’s rise up the table. Deschamps had this to say:

On Payet: “He is part of the group. He has the technical quality, comfort, and knows how to be decisive in a game. He did lack continuity, but has now found aggression and determination. I now find him more consistent at the highest level. He has a strong mind and it transpires into his performance.”

On Remy: “This is not new. He had physical problems, but he found time to play and succeed in scoring in his last matches. He offers a profile with different qualities than the other offensive players. I know him well, since I trained with him for several seasons.  His return is linked to the fact that he has become an active player in terms of receiving game time.  He can play in several positions with success. With his speed, he brings something interesting. He can also be effective on the right.”

Newcastle once again have a large contingent in the squad. Yanga-Mbiwa, Cabaye and Sissoko are all selected. The later keeps his place, perhaps controversially, due to his awful performance last time out for France. Giroud and Koscielny both make it from Arsenal, as well as Evra and Clichy from Manchester United and Manchester City respectively. Jallet and Ribery are expected to shake of injuries in time for the qualifiers, and Toulouse’s Etienne Capoue and Arsenal’s Abou Diaby are left out of the squad all together.

Deschamps had this to say about these emissions:

“Regarding Capoue, I have no message to convey. He has been part of every game since the beginning of the season, but I did not take him today because he is not efficient enough with his club. I had choices to make. There is nothing fatal, it is not a penalty either, in relation to his misplaced pass that brought the first German goal last month…. Diaby was part of the Arsenal squad in Munich and remained on the bench. I have a great regard for him, but three weeks without playing makes it complicated. There is a question of whether his rhythm is 100%. There were too many uncertainties to take him.”

So it does appear that Abou Diaby has been left out due to lack of fitness, rather than the player being dropped. Sakho and Menez are also picked despite a lack of playing time for PSG of late.