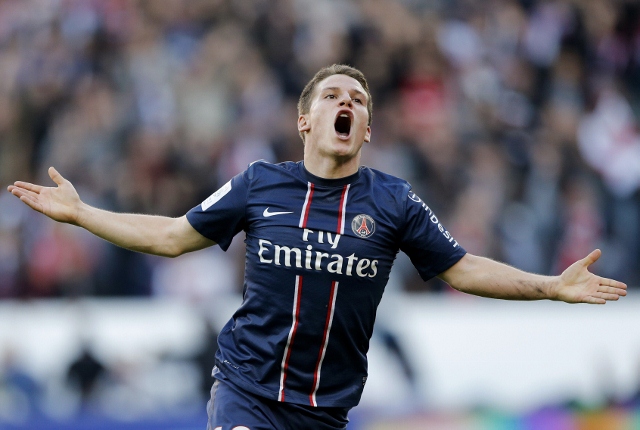 It appears obvious that PSG striker Kevin Gameiro will leave the club this summer. After a lack of game time, Gameiro finally showed his frustration at being subbed off towards the back end of last season and with Edison Cavani on the way, this time on the field would be likely to diminish even further.

Marca this morning, however, are reporting that the French striker has agreed a three year contract with Spanish side Sevilla and it is now for the two clubs to agree on a fee. Gameiro had been linked with a move to England or even Germany, but it is claimed that he has decided that Spain will be his future destination.

It was rumoured that the striker might stay at PSG due to his good relations with Laurent Blanc who had given him his first French caps, but this appears to be proven wrong. The man who scored 8 goals in just 7 starts on his debut looks to be on his way out of Paris and would be a great acquisition for the Spanish side.

Ruffier has interest from England