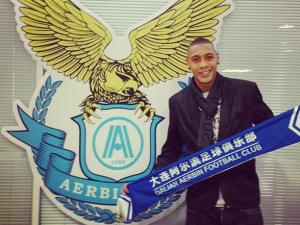 The long-winded Guillaume Hoarau transfer saga seems to have finally reached its conclusion. The PSG man has all but signed for relative unknown Chinese outfit Dalian Aerbin for an undisclosed fee on a 3 year contract.

PSG’s outcast’s decision has appalled several leading figures in European football, who are shocked at this money-motivated move. Hoarau had Everton who were extremely interested and is reported to have been in advanced negotiations with the Toffees. The contract Hoarau has landed will see him earn about €4m a year.

Hoarau will however not be alone. Barcelona’s Sedou Keita has also agreed a move to Dalian. One questions whether the Premier League has somewhat lost its appeal in recent years, with players like Hoarau happy to go unnoticed in China on a sizeable wage. However, one should not read too much into Hoarau’s decision; a player who has constantly been seeking the limelight throughout his career. Finally, he may well get the opportunity to be the star player at Aerbin.