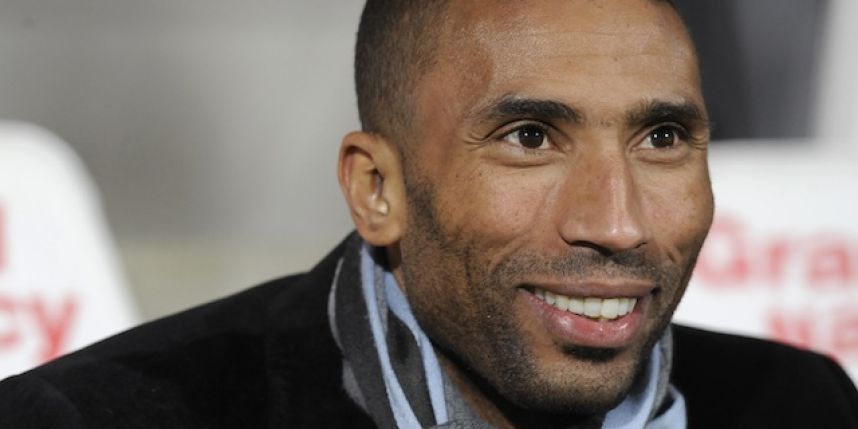 Get French Football News talked to the former Fulham, Nancy, Valenciennes player (to name a few) and Moroccan international Abdeslam Ouaddou about his experiences with Qatar, Fulham and Zahir Belounis among others.

Do you regret signing for Lekhiwya in 2010?

I am not going to say that I regret any decisions I made in my career, but in hindsight it was a mistake. Even though in my first season there we won the Qatari championship, which is still something of an achievement.

When I returned from holiday after that season, the executives at Lekhiwya had sold (not actually sold, moved in Qatar this is commonplace as all clubs are owned by the state) me to another club without agreeing with me first.

At first, I thought it was a joke. I tried to get people to answer my questions, but very quickly I saw that Khalifa Khamiss, the right hand man of Prince Tamin Al Thani was not joking at all.

He said to me: ‘These are the orders of Prince Hériter (the current Emir of Qatar) and in Qatar you do not argue with the will of the Prince.’

So, I found myself at another Qatari club called the ‘Qatari Sport Club’ also owned by the Al Thani family.

I played one season there and then entered the last year of my contract. Then they suddenly stopped paying me, without giving any reason for doing so. At that time, I was in great form and to this day I do not understand why they did what they did.

I then lodged an appeal to FIFA on the grounds that my football club was not paying me. At this point, they (the Qataris) got irritated and started to push me out of the team.

They forced me to train in the morning and the afternoon at temperatures over 40 and close to 50 degrees.

They stopped paying for the rent of my house, despite it being included in my contract. They cut my electricity; they confiscated my car that was also in my contract. It was really horrible and seriously atrocious for my children, my wife and I.

So I asked for my exit VISA so I could take my family home to France and they refused. If I retracted my appeal to FIFA, they would let me leave Qatar. After being threatened by several NGO’s for denying my family of our human rights, they gave me my exit VISA. I was a danger for them in terms of their global image.

They still told me that they would do what was necessary to make sure I would not win my appeal to FIFA. They used this exact phrase: ‘we will make sure that you don’t win your case because we are very powerful inside FIFA.’

That last phrase, I think about it everyday since a year ago when I returned from that hell.

Was it difficult to live in Qatar as a foreigner?

Yes really, really difficult. Foreigners are typically Asian, African or sometimes Westerners and are not free in their moving around. To change employer, to buy a car, to leave the country it is all difficult. Sometimes, the women of the home are not allowed to leave their houses, they are succumbed to maltreatment, they live in horrific conditions and are often sexually abused by their ‘sponsor’.

Foreigners are not allowed to have union to defend them. Some are paid minute salaries, they don’t have health insurance, and they have no protection from the authorities. Simply, it is discrimination. It is Apartheid, a complete scandal what is going on in Qatar.

Nobody dares to say out loud that Qatar is a slave state, we are in a conspiracy of silence when all that is needed is to denounce the archaic and barbaric methods of Qatar and especially to stop the Kafala (a modern slavery system).

What are the parallels one can draw from your experiences in Qatar with those of Zahir Belounis?

I was in the exact same scenario as Zahir. But it is not just us two. I can give you other examples: Tracy Edward, a British national who was conned. Some of his former colleagues are still stuck in Qatar. Mr Alwartani a Franco-Jordanian businessman who is still in Qatar seeking his exit VISA, Mr Morello a French manager who has been trapped in Doha for 5 years, Mr Marangiu a businessman who has been jailed illegally….and others…

So you see that by hearing my story I have been through a lot of what Zahir went through and indeed all the examples I have mentioned. Not to forget the numerous Nepalese, Sri Lankan and Indonesian travellers.

The methods are always the same.

Were you ever a victim of actual violence in Qatar though? Mentally or physically?

No, I was never physically violated nor was I threatened or assaulted. I would say though that I was worn down mentally and physically. The training I had to do over the month of July in 50 degrees and over temperatures was inhumane and barbaric.

One day I found myself stuck outside my own house when the owner came and awoke us very early to make us leave the place straight away with my children. We are talking about Qatar here! This is the country that finances PSG, Barcelona and are players on some of the biggest international industries. What are they playing at?

What was your dialogue like with Zahir Belounis during his struggles?

You know that I know Zahir very well. For 8 months now we spoke, at least 4 times a week on the phone. We knew each other in Qatar and we were sympathetic towards each other because we were in similar situations. My name as a player is what saved me but Zahir didn’t have this chance. So for 8 months I fought to free Zahir and against all the injustices in Qatar.

I told Zahir ‘stay strong my friend, what doesn’t kill you makes you stronger.’

I want to thank all the international media outlets because it is not only a victory for Zahir but for the outlets who have reported his case. A huge thank you to all of you. You have been amazing. It shows that millions of dollars worth of gas is not stronger than freedom of expression. I must also add a massive thank you to ITUC, CSI and FIFPRO who continued to pressurise Qatar into freeing Zahir. We must not however forget that there is work to be done for all those who are victims of KAFALA.

What would you say to FIFA regarding their inability to intervene with Zahir Belounis’ case?

I want to say to FIFA, please you are the keepers of our magnificent sport, one of the most popular in the world, protect the actors that make thousands of people happy. Don’t get in bed with those who are not as enthusiastic about football but are using football for their personal prestige and megalomania.

Do you think the 2022 World Cup should be held in Qatar?

Quite clearly not. It is evident in itself that there has not been a more controversial World Cup (maybe apart from Argentina 1978) for several reasons: suspicions of corruption, the conditions (50 degrees and 80% humidity in summer), and health risks for the players.

Cardio-vascular problems can lead to death. For example, Christian Benitez, the ex Ecuadorian international and Wigan player died of cardiac arrest because of the sheer heat in the summer at Al Jaish in Qatar.

To accommodate, we would have to change the calendars of all the major football leagues across the world. Then there is also inequality in terms of the rights between men and women in Qatar.

Aside from Qatar, you have had a very varied career. Tell us, what actually happened with Nancy this summer? Why did you resign only to quit just days later?

When I left Qatar, I naturally went back to France and asked Nancy to let me train myself up again. After 2 months of training, they offered me a 6 month deal but after one week of training after that, it was clear I was not ready physically.

That’s only natural, especially when you haven’t played competitively since July 2012. So we came to a common agreement that I shouldn’t continue that adventure, as I was not ready to help Nancy try to keep themselves up.

Who is the most inspiring individual you have worked with in football?

I have worked with dozens of coaches at the top level but there are two who stand out. They really helped ,e improve and they are Jean Tigana and Laslo Boloni.

I have also encountered many players during my career and for example Rivaldo at Olympiakos was a great guy on a personal level. I was also very touched and motivated by the serenity and professionalism that Edwin van der Sar had at Fulham.

I could not forget my friend John Collins, a true gent. He really helped me integrate and become a professional at Fulham. I followed all his advice throughout the rest of my career and they certainly have helped. Two friends from during our times in the Moroccan national team that aided my progression were Nordine Naybet and Moustapha Hadji.

Which club is closest to your heart at this moment in time?

My time at Fulham really marked my life; even though I wasn’t there for a long time I really appreciated being so young in one of the best leagues in the world that is why I progressed. My own game was ameliorated by the rigours of the English game, the rhythm of the games.

Also, the London mentality was perfectly convenient. I am actually looking for an apartment in London because this is the town where my wife and I fell in love, there is something special about this city.

So all that should say why it is the club of my heart and of course Nancy, where a first became a professional.

Why did you have difficulties at Fulham?

Well as I said when one is young you shouldn’t want to make the headlines. I arrived at Fulham at the age of 21 and wanted to do my utmost to impress the coach and to progress slowly but surely I became a more complete player.

I am adamant that Fulham was a good step forward; I think they put my foot in the stirrup, then I had a yearning to make my passion my profession. I subsequently had an opportunity to play for Stoke City, but I had already given my word to a club.

What is your plan for the future?

I am doing a lot of humanitarian work at the moment, I think football has given me a lot. Now I am trying to give back as best I can for good causes. During this time I am catching up a it with my 3 children, doing things I never had the time before to do with them. However, I count on staying in the game. I have started to complete my coaching badges.