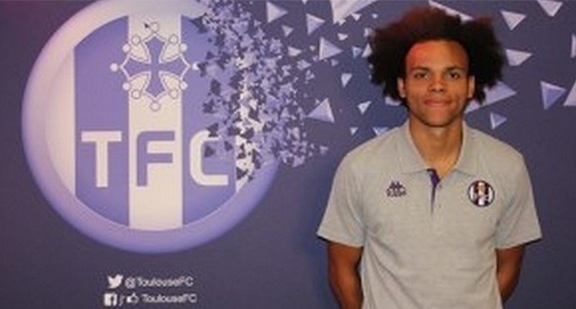 Born on the 5th June 1991 in Esbjerg, Denmark, 22-year-old Martin Braithwaite began his youth career with his local side Esbjerg fB before signing to FC Midtjylland’s academy in 2007. He didn’t stay there for long, re-joining Esbjerg later in the year and whilst back in their youth set-up went on to have trials with Newcastle and Reggina.

He made his debut for the senior side as a substitute against FC Copenhagen in 2009 before establishing himself in the side in the 2012-13 campaign where he played every league game. He also helped the side win its first silverware since 1979, lifting the Danish Cup after scoring twice in the semi-finals against Brondby IF,. This also meant they would be in the Europa League qualifying rounds in 2013-14.

In total he made 63 league appearances for Esbjerg fB, scoring on 12 occasions with nine goals coming in his final full season. He started this season in Denmark in the same excellent vein of form, grabbing three goals in the first four games whilst also assisting once, which attracted numerous suitors including Hull City, Celtic and French sides Auxurre and Rennes. It was Toulouse, however, who plucked him from Esbjerg for €2 million and he went straight into the starting line-up.

In his first six games in France, Braithwaite has found the net three times whilst also creating an assist,. He has impressed in a Toulouse side that seems to have finally found its feet after a stuttering start. An excellent goal against Lorient and a man-of-the-match performance rounded off a good start for the Dane, who has taken to life in Southern France well.

He’s also represented Denmark at every youth level, making 16 appearances over three age groups and scoring twice, before joining up with the senior side this summer. He had been offered the chance to play for Guyana as he qualifies through his father but he declined and has so far made four appearances for the Red and White football aces.

He scored his only goal so far against Poland in a friendly on 14th August this year, just after it had been announced he would be joining Toulouse, and has also created a goal so far in his young international career. With some Danish strikers not starting for clubs, such as Nicklas Bendtner, Andreas Cornelius and Nicklas Helenius, it’s given Braithwaite a chance to start games and along with his fine form at his club he could cement a spot for the national side.

Looking at him in depth, Braithwaite is a well-rounded individual that has shown his talent in different areas of the game and can play a multitude of positions because of this. Much like a winger, he’s quick and willing to take on a player before creating a chance for himself or for a team-mate. His skill, passing and quick-thinking allows him to link up play cleverly like a traditional number 10 whilst his upper-body strength and finishing ability show off his prowess as a striker too.

In Esjberg, Braithwaite was often used in the number ten role between the midfield and the frontman, collecting the ball and attempting to start attacks. He would often come back and win the ball before driving back into the opponents half and attempt to create a chance for his team.

At Toulouse, they have used him as their main striker with Wissam Ben Yedder linking off of him as he mainly sits up top alone. He looks to go in behind defenders at times but also has the awareness to hold up play when it’s needed and has the instincts to attack second-time balls.

In having these various strengths, it seems that Toulouse may have got a bargain on their hands. Having that much experience of varying positions at such a young age will only benefit how he plays in the future, from understanding his team-mates roles to even filling in if there was to be an injury crisis.

He still has room to grow, sometimes he can try too hard to get past a player before playing the ball off which means he can lose the ball too easily against better defenders, but all the positive signs are there. If Toulouse can keep him fit and firing, he will be a key player in the club’s efforts to finish as high as possible this season.