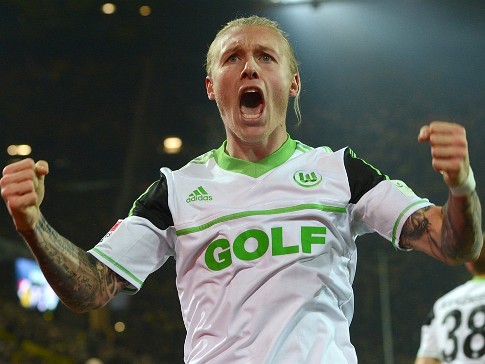 ‘In Depth’ is a feature where we take a deeper look into some of Ligue 1’s stars. Today we look at new Lille signing Simon Kjaer:

Kjaer started off his career in his native Denmark with FC Midtjylland and he was named Under 19 Danish talent of the year in the season he broke into the first team. His talent had already been recognised at international level, and he had progressed through the country’s youth ranks, being scouted by many of Europe’s top clubs along the way. During his first season at club level, he had already attracted interest from English clubs Chelsea and Middlesborough and there was even an offer rejected from Real Madrid.

Despite all the speculation though, Kjaer made the move to Italian side Palermo in the Summer of 2008 for €4million after playing just 21 league games for Midtjylland. During his first season at the club he endeavoured to break into the first team reckoning, and he made his debut in October 2008, coming on as a half-time substitute, in a 3-1 home defeat to Fiorentina. He did not have to wait long for his first goal in the Pink and Black when he scored in only his third appearance for the club in a 3-0 victory over Chievo in early November.

The Dane established himself as a first team regular at the Stadio Renzo Barbera and played over 50 league games for the club. Praised by sections of the Italian media, Kjaer is certainly a very gifted young defender. Jumping straight from your first season in the Danish league into the bear pit of Serie A was a big challenge but Kjaer showed no signs of being overawed by his top class striker opponents. Despite playing against some of the toughest and most powerful attackers in world football, Kjaer’s uncompromising, strong, but athletic style has made him a tough opponent to reckon with. This athleticism is combined with an excellent footballing brain, allowing him to quickly anticipate opposition attacks and nip them in the bud before they trouble the backline. He is also tall at 6ft 3, and his strength and power are utilised in his great aerial ability, allowing him to win the majority of headers. He can be slightly ill-disciplined in his position on occasion, but he is still young and will certainly develop with age.

All of these abilities meant it was not long before he was recognised by his country and he made his senior international debut back in February 2009 forming a solid partnership with Liverpool defender Daniel Agger at the centre of the Danish defence.

Palermo let Kjaer leave after a quite successful few years at the Rosanero. He joined Wolfsburg where he played 57 games and scoring 3 goals but after the sacking of Steve Mclaren he was loaned out to Roma where he played 22 games and was a major part in meaning the club racked up 10 clean sheets. He then returned to Wolfsburg and played a half-decent season.

On 5th July 2013 Kjaer was announced as a Lille player on a 4 year deal. We shall wait and see if he can make the impact that we all know he is capable of.