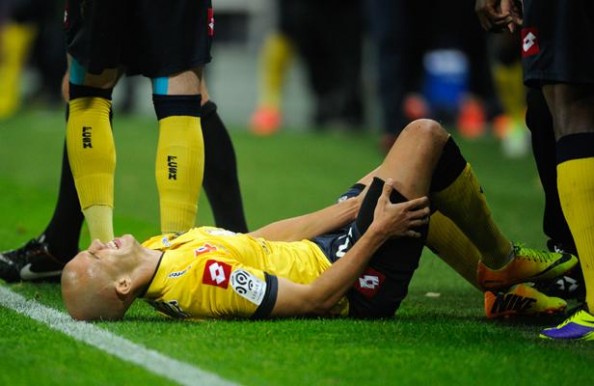 This is another example of the LFP taking a ‘zero-tolerance’ approach to challenges that have caused players to sustain serious injuries. Valentin Eysseric was banned for 11 matches after breaking the leg of central midfielder Jeremy Clement (St Etienne) last season.

Young Kurt Zouma’s ban, which is served across all domestic competitions, will be a serious blow to the heart of St Etienne’s defence for the remainder of 2013 who have heavily depended on the Frenchman who has been in stunning from of late.

Relive the brutal injury Guerbert suffered last weekend at the hands of Kurt Zouma below: