Leaving, but where to? Capoue, Corchia, N’Koulou, Gameiro and Aubameyang 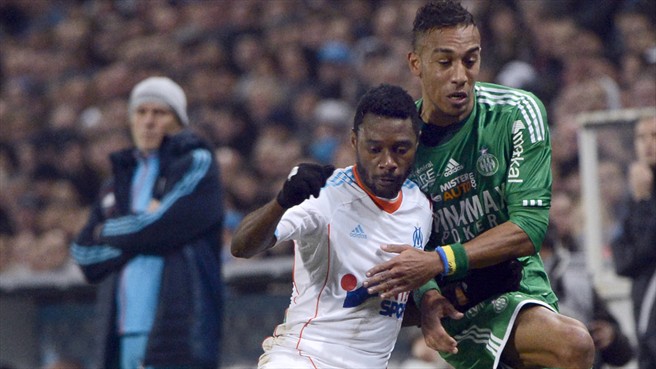 With the new 75% tax rule imposed on companies (French Football clubs included), expect to see a ‘Great Migration’ of French talent into other European leagues. Here are the 5 main talents looking to be heading to either PSG, who will be unaffected in comparison to others, or elsewhere:

A player that so much speculation has centred around in the past is pretty much confirmed to leave Toulouse once and for all this summer. There has been much interest from Europe in the past, with Arsenal being rumoured to have made an approach, as well as Chelsea and Tottenham supposedly on the look out for the player as well. Capoue is a defensive midfielder who has grown to have a massive reputation throughout France as well as being ever present in the National team for the last year. He is great at cutting passes out and bombing forward and has been described by some in the past as a beast.

Since the sale of midfield partner Moussa Sissoko, he has not been the same player (apart from a return to form in the last few weeks) and has also been dropped from the national team. The player announced that he wanted to leave Toulouse in January, but was convinced to stay. Now, however, he will leave Toulouse and in all likelihood, it will not be across the channel, but instead to Paris. Capoue, speaking freely about his future in an interview with BeinSport has announced that he was in contact with PSG in January and still is. The player went on to confirm that he was hoping to complete a move to the soon to be French champions and Ancelotti supported all these words in his press conference. The easiest one to pick of the lot.

Can anyone remember a transfer saga that had roled on for so long in the past with so many clubs reportedly involved? No, me neither. To be brutally honest, we have lost track of this one, but do not blame us! Nobody knows! Not even Pierre-Emerick himself or his father have a clue where the player will be playing next season. The only thing for sure, it appears however, is that it will not be at the Stade de Geoffrey Guichard. If we are to believe all the reports and Pierre and his dad as well, the latter stirring up the majority of the speculation himself, the player and his representatives have met with Manchester City, AS Roma, Inter Milan and Fiorentina about a possible move. They have also confirmed  strong interest from Newcastle and Borussia Dortmund in particular, as well as AC Milan. Arsenal and Manchester United are other names occasionally thrown into the hat by the media; however a move to PSG is now off the cards.

So why is there all this interest? The player has had a brilliant season, but just a few years ago, he netted two goals in a whole season. Nevertheless, Aubameyang’s quality has shone through and he is one of the top players in Ligue 1. With so many clubs involved, it is impossible to guess a transfer fee as the price is likely to be bumbed up, but a fee of around 13 million euros has been quoted as a starting price at least. Newcastle have shown undoubted the most interest in the player, but with higher clubs getting involved in the race, a move to Tyneside now looks unlikely. Aubameyang has promised Saint Etienne he will wait until after the season is over to enter into any sort of discussions with a new club so we could be waiting on this one for some time.

Predicted Destination: AC Milan: Calculated guess to be honest. Player started his career there and if the Italian side put in a good bid, he would undoubtedly want a return. 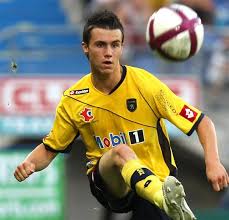 The highly rated right back’s future looks more straight forward than in Aubameyang’s case. Despite Wenger denying knowledge about the player, we exclusively broke you the story last month that Arsenal have agreed a release clause for Corchia which stands if the French club go down and is, as we understand it, in the region of 5 million Euros. If Sagna leaves Arsenal, which is becoming less and less likely, do expect to see the Frenchman at the Premier League side next season. Other teams are still in the race however. Lyon are also gunning to sign the player according to various reports. After a recent run of shocking results, they do not look like they will make Champions League football next season and that would swing things in Arsenal’s favour (presuming they do). The new 75% tax rule means that Lyon will also be looking to offload players rather than sign new ones. Monaco have also been linked and they do have the money. They will not be in Europe at all next season though and that is likely to put Corchia of a move.

Predicted Destination: Overall, this one is difficult to predict, with the possibility of Corchia feeling it is too early in his development to leave France or even Sochaux, if they remain in Ligue 1 that is. 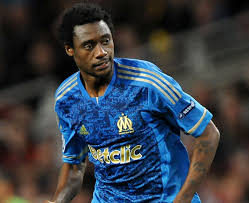 One of the best centre backs in the league had a bid turned down for him from an unnamed English club at the back end of January. The player’s future remains in doubt and Arsenal were rumoured to once again be in pole position: some claiming that the two sides were in talks. This has not developed, however, and a recent charge forward against all the odds by Marseille means that they looks set to have the Champions League football next season that N’Koulou has said he has desired. N’Koulou has said that he will sit down with the club at the end of the season, but one feels that the tone of this conversation might now be more positive than it would have been a few months ago. Monaco are also said to want their old player back at their club and they have the funds to bring him in and Marseille could be forced to sell for financial reasons. The player’s future no longer looks so full of doubt as it did a few months ago.

A player with so much potential who has sat in the bench all season in the shadow of Zlatan Ibrahimovic. The player being subbed when there were no other striking options recently, looked to be the final straw and Gameiro is clearly heading to the exit after a dreadful year of being treated ‘like a fool.’ So where does his future lie? The player still has a long future ahead if him at the age of 26 and could be available for around 8 million euros. Liverpool were rumoured to be interested in the player in January, but it came to nothing.

The player is now definitely available and good form a great partnership with Luis Suarez, but there is strong interest from others in Germany as well and Borussia Dortmund could see Gameiro as the perfect replacement for Robert Lewandovski, who, according to Aubameyang’s agent, has already signed for a new club. This one is only in the early stages as it only became clear that he would be leaving after his show of frustration this weekend about being subbed off. We shall have to see, but Gameiro is a top class player who has been unfortunate due to the arrival of Ibrahimovic. He would do well at most clubs in the world.