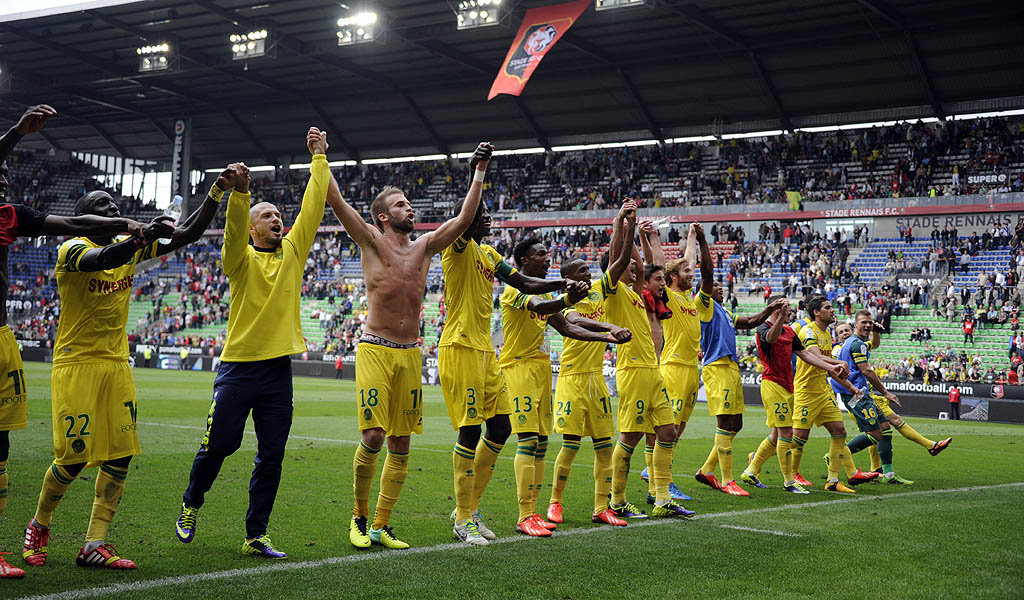 Mohammed Ali reviews the full extent of September’s Ligue 1 action in what was an intense and exciting month of French top-flight football. September proved to be a rather mixed month for several teams in the top-flight. But the month ends pretty much in the same way that it began – with AS Monaco leading the way, and Paris Saint-Germain and Olympique de Marseille closing out the top three, but there were various highlights in September – a month which turned out to be a miserably disappointing one for Olympique Lyonnais.

Remi Garde’s charges endured a tumultuous August, but that was followed by a month where les Gones picked up one win in four – a 3-1 win over Nantes – as the dust settled on the Bafetimbi Gomis and Jimmy Briand saga. A 0-0 draw with Lille last weekend places them in mid-table, already a considerable distance behind the top three.

It was Claudio Ranieri’s Monaco who excelled once again, in the Clash of the Nouveau Riche at the Parc des Princes. A 1-1 draw against the champions saw them begin to really announce themselves on the French stage. The much lauded Falcao continued his fine run of scoring form – four in September – with Emmanuel Riviere running the Colombia international close with six for the season. Only Joao Moutinho has scored a goal other than those two for Monaco, but nevertheless, they faced both Marseille and PSG in September, and managed to avoid defeat. Advantage ASM – for now.

Laurent Blanc’s champions are beginning to click, though the concern surrounding the partnership of Zlatan Ibrahimovic and Edinson Cavani continues. It seems neither can fully produce their undoubted quality with the other on the field, though that didn’t hinder the Parisiens – who won three times and drew once, conceding one in that period. Furthermore, the insertion of Marquinhos to the starting line-up has given PSG reason to be cheerful, with the 19-year-old deputising brilliantly for the injured Thiago Silva.

Over on the Canebiere, Olympique de Marseille coughed and spluttered their way into form. Two agonising, frustrating draws to Toulouse and Bastia saw brief mentions of a ‘mini-crisis’ though OM recovered superbly with wins over Saint-Etienne and FC Lorient saw Elie Baup’s men sit third, a point behind the top two with October bringing with it the fervour and anticipation of ‘Le Classique’ in its first weekend as OM gear up for a heated derby against PSG.

Elsewhere, Ligue 1 saw its first managerial casualty with Sochaux boss Eric Hely offering his resignation – later accepted – after a stunning 5-1 defeat to Guingamp. In came former Senegal defender Omar Daf to steady the ship, and he has already hit the ground running with a win over a poor Valenciennes side who prop up the table.

On the European front – Ligue 1’s poor run of form continues, more so in the UEFA Europa League. Bordeaux were destroyed by Eintracht Frankfurt, with Lyon drawing in Seville against Real Betis. In the Champions League, only PSG won – beating Olympiakos 4-1 thanks to a brace from Thiago Motta, with Marseille suffering a narrow defeat at home to Arsenal. Already, it appears Marseille and Bordeaux face a fight to qualify for the next round of their competitions.

October promises much for the title challengers and for those at the bottom. Marseille take on Napoli and Paris Saint-Germain, and Monaco encounter Lyon, who also negotiate ties against Montpellier and Bordeaux. It might still be too early to garner opinions over early season form, but there’s no doubt that there’s a crucial four weeks on its way as Ligue 1 gathers pace.

Omar Daf: Give him a chance?