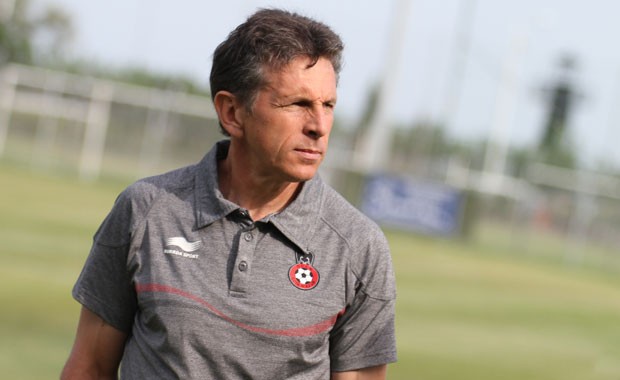 The Ligue 1 Manager of the Year is Claude Puel:

A man who needs no introduction, Claude Puel has always turned heads in the world of French football. This season, the publicity he has received has been for all the right reasons. His OGC Nice team set Ligue 1 alight with their neat and incisive football, providing arguably the biggest surprise of the season when they achieved 4th place and a Europa League spot next season. In doing so, OGC Nice ensured they would be playing alongside the best European teams for the 1st time since 2002.

Puel is a winner by nature. When Jean-Pierre Rivere offered him the job in the summer of 2012, many were intrigued as to what the AS Monaco legend could achieve with a club who had fought tooth and nail to avoid relegation to Ligue 2 by a whisker in the previous season (2011-2012).

This is a man who won Ligue 1 with Monaco in 2000, a man who took Lille to the Champions League Quarter Finals in 2007 and a man who guided Lyon to a Champions League Semi Final in 2010.  He is also a man that, until now, had had his reputation sullied by unsavoury incidents, which culminated in his dismissal from former club Lyon. Lyon Chairman Jean Michel Aulas sacked him not particularly because of poor results, but ‘for serious misconduct and insubordination’ after he cost OL €7m in ‘industrial litigation’.

Perhaps he is such a controversial figure because of the way in which he wen about his business when he arrived at Lyon. He had no issue in ending the culture of favours to certain players. He exposed the primadonnas and was hated as a result of it.

However, this perhaps explains why Puel has been such an immediate success at Nice in the space of just one season. The fact of the matter is, OGC Nice has no primadonnas. They are all hungry, pure footballers that set the highest targets for themselves, but never go about it in an arrogant or classy way.

The players were put through one of the toughest pre-seasons ever seen on the Cote D’Azur but this initially seemed to no avail. In the first 10 games of the Ligue 1 season, OGC Nice only won once. The reason for this was fairly simple, Claude Puel intended to revolutionise the style of football played at Nice as soon as he came through the door. This was evidently going to take time. The partnership of Civelli and Pejcinovic at the heart of Nice’s defence was key to Les Aiglons’ success this season, but Puel’s ability to take Civelli out of his shell and become the forceful centre-back and natural leader he now is- was certainly special.

Another piece of genius was the signing of Dario Cvitanich which cost Les Aiglons just €1.5m from Amsterdam. The prolific Striker, nicknamed Super Dario by the loveable Nice fans, he went on to score an unbelievable 19 goals in 29 appearances in all competitions. The Croat-Argentinian man was a reliable source of goals and importantly gave Puel someone he could rely upon.

Claude Puel’s task was by no means easy. Sure, there was quality in this squad, but the majority of the players were unproven youngsters who were just finding their feet (quite literally) on a much bigger stage than they had ever experienced before. Bautheac, Eysseric, Kolodziejczak, Fofana and even his own son Gregoire Puel have finally blossomed all at the same time.

Alongside the trusty President of the club Jean-Michel Rivere, the two form a dynamic duo that will stand firm against selling their players this summer. The future has never been brighter for OGC Nice.