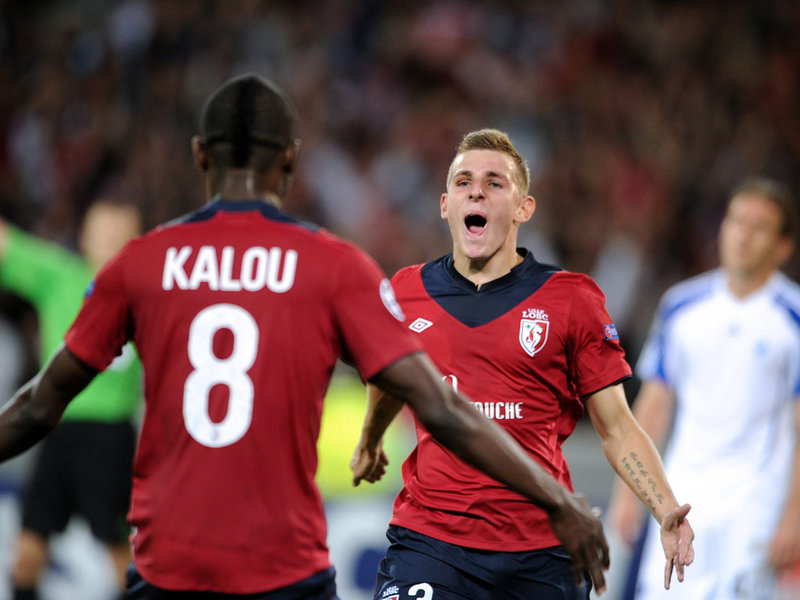 Lucas Digne is the Ligue 1 Left-back of the Year:

The 2012-2013 season was undoubtedly somewhat of a breakthrough for the young full back. The 19 year old featured in 44 games this season for Les Dogues, making him a key player for Lille this season, despite his tender age.

Although Digne can play both at left and right back, Mathieu Debuchy initially occupied the latter position in the 1st half of the campaign before leaving to Newcastle; so Digne remained down the left flank when the now Magpie departed for the sake of continuity.

What makes Digne the star he is? First of all, despite his rather slender build he has strength and persistence in the tackling department which makes it difficult for opponents to beat him. This combined with another one of his great assets, his pace means that he is rarely taken on and beaten by and opposing player.

Perhaps the most exciting thing for French football fans is that Digne personifies the modern, more attacking full-back who also has the ability to defend in that old fashioned manner.

Going forward, he is able to take on players due to his unpredictable bursts of acceleration, which enable him to go past the opponent. His third and final key strength is his accurate and wide range of passing which has become an obligatory skill for a world-class full back to have nowadays. His passing completion rate in all competitions for the 2012-2013 season was 81.3%, an impressive feat. To find a typical performance of his, one merely has to look at how he fared against Valencia in the Champions League group stage in 2012:

Combined with this, Digne is fast becoming a lethal free kick taker with that cannon of a left foot of his.

Digne is certainly not without experience. He has played for France at U17 to U20 levels on no less than 41 occasions and is sure to play a pivotal role in France U20’s World Cup campaign in Turkey, which begins later this month.

At the time of writing, Get French Football News understands that Lucas Digne is on the brink of signing for Ligue 1 2012-2013 Champions PSG for a reported €15m, which would be a steal of a deal.

The next step for Lucas must be to break into the French national team, which he is certainly capable of doing. Benoit Tremoulinas is arguably already less of a complete player than the young Lillois and Patrice Evra is certainly past his best and has always been questionable defensively.

Digne must now work on his aerial ability, which is perhaps the most obvious weak point of his game. Although many argue he contests more headers than most fullbacks, he still prefers to avoid heading the ball wherever possible, some examples of this in the above footage.

Hopefully the young fullback will continue to be given the necessary game time to nurture his undoubted talent and fulfill the rich potential that so many claim he has. Felicitations Lucas.

Angel Gomes on leaving Manchester United: “I had...