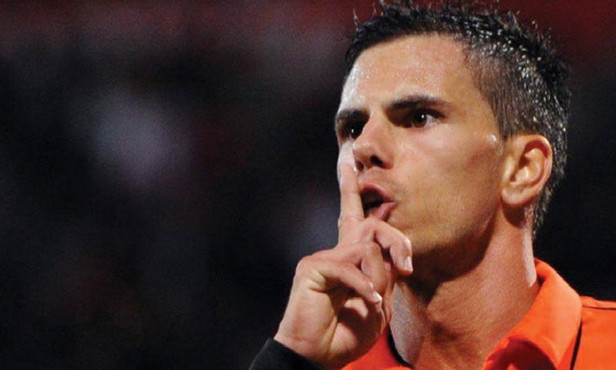 Some players failed to make the cut, but some of our experts champion the few they feel deserve praise:

Despite failing to make it into this season’s Ligue 1 Team of the Year, Jeremie Aliadiere certainly had the best campaign of his career. Jonathan Johnson, a member of the Ligue 1 Team of the Year Experts Panel and also a freelance journalist working for ESPN, Bleacher Report, Sky Sports, French Football Weekly, PSG TV and others gives his view on the ex-Arsenal player’s season:

‘While Zlatan Ibrahimovic and Pierre-Emerick Aubameyang take the plaudits for their goal scoring exploits in Ligue 1 this season, it should not take away from what has been a sensational campaign for Lorient’s reinvigorated striker Jeremie Aliadiere. The former Arsenal striker against any other competition would have made it into a team of the season with a prolific career-high goals and assists tally. The leading French goalscorer in France and across Europe, he is finally demonstrating exactly what Gunners boss Arsene Wenger saw in a 16-year-old Aliadiere when he signed him from Clairefontaine. In sensational form and enjoying a first fully-fit season in his career, the Frenchman is making the most of a deserved second chance in his career and revelling with one of the league’s most ambitious sides.’

A key element to OGC Nice’s wonderful success last season, ‘Super Dario’ as he is often called led from the front scoring 19 goals in his first season at the club and showing excellent and consistent prowess in front of goal. Member of the Ligue 1 Experts Panel Nico Faure explains why he voted for the Argentinian:

‘I’ve voted for Darío Cvitanich as I think he totally deserves to be one of the eleven after a magnificent season with OGC Nice. He is one of the most prolific strikers in Europe and fitted perfectly into what Claude Puel wanted: scoring goals and fighting in every game to bring the 3 points to hie new club. Being a cheap striker he turned out to be a real bargain and took no time to adapt to French Ligue 1 after coming from Argentina. He is without a doubt my coup de coeur this season, plus he is a top guy. Bravo Darío!’

Despite failing to make the cut for this year’s Ligue 1 Team, Maxime Gonalons has certainly shone this season. Member of the Ligue 1 Team of the Year Experts Panel Thomas Bourges tell us why:

“For me Gonalons is one of the reasons for Lyon’s good season. The 24 year old really took on another dimension this year, with Lyon or with the French national team. He showed huge potential, and a great mentality, rewarded by the fact that he’s nowcaptain. He also showed a great intelligence in his game. He was the boss of Lyon’s midfield. Bravo mister Gonalons. “