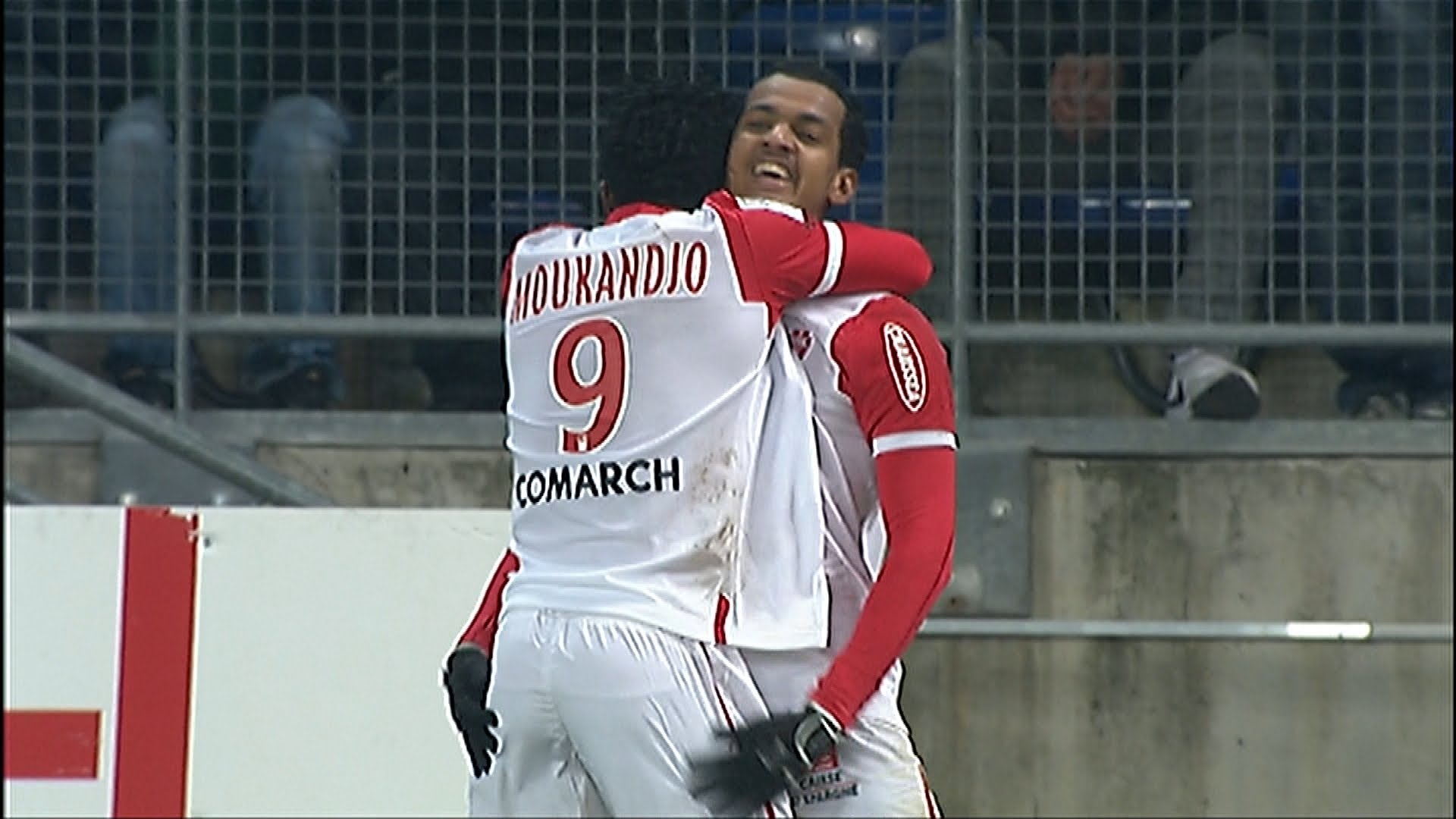 The fourteenth match-day in Ligue 2 heralded a few surprises in the results. While the teams on the podium remained exactly as they were, certain teams at the bottoms exchanged positions. The teams in the chasing pack fell back whilst other pretenders to the throne stepped up.

One of the main winners in this week’s round o f matches were Nancy. Thinking back to the last week of September when Nancy were humiliated by rivals Metz in the derby, 3-0 when they were in languishing in fifteenth place they were at low ebb. A change in manager, bringing back former manager Pablo Correira has led to a large turnaround in fortunes. A routine home victory over Chateauroux lifted them to fourth place with their fourth win in succession. Benjamin Moukandjo got the party started as early as the third minute with his opener. More chances followed before Joel Sami headed home on the half hour. A match dominated by the home side against a side with a terrible away record; a logical win.

Another of Friday’s main success stories was Laval. Faced with a difficult trip to Troyes the odds were very much stacked against them. Troyes were unbeaten at home all season and Laval were yet to win away from home. However Les Tangos made a mockery of those statistics after Hasanne Alla’s floated free-kick deceived everyone in the box before nestling in the net. It would prove to be the only goal of the game after fourteen minutes and sealed their second victory in a row. It just was one of those nights for Troyes, as nothing went in for their attackers.

While other teams might have big ambitions of promotion or safety in Ligue 2, one team has much less lofty ambitions. CA Bastia were still looking for their first victory in a professional league. Fourteen matches into the season and it finally arrived. They were away at Nimes on Friday night, and Vincent Le Mat wrote his name into history on 26 minutes as he flicked home a corner at the near post. Much like Troyes in the previous match Nimes missed the chances that they created. This was an important victory for Bastia as they look, finally, the kick-start their season.

Angers went to Le Havre on Friday night, a place where they have lost their last five outings. Things were look like a sixth consecutive defeat in Normandy after Yoan Riviere was fouled in the area and he, himself, would convert the spot kick and thus opening the scoring on 74 minutes. Angers last season developed a reputation for late, late goals and turning games on their head in stoppage time. They would call on these memories and hark back to last season as they went on to turn the game on its head. Thanks to goals from Rayan Friekeche in the 82nd minute before Romain Thomas converted the draw into a victory in the 90th minute.

A potentially explosive goal fest with Creteil and Tours was in prospect; the last four matches between the teams have brought eighteen goals. While this match did not live up to those heights, it was not a dull affair. Creteil got off to the best possible start when after two minute Marcel Essombe put the home side into the lead with a fantastic turning volley.  Tours would go on to equalise in the 51st minute when Andy Delort fired home after some hesitation in the Creteil defence. Yet it would finish the home team’s night when on 62 minutes  Otman  Djellilahine secured the three points with a long ranged, placed effort.

Turning to the leaders Metz who were entertaining Dijon this week. Metz were coming off the back of four wins in a row before this game. However, the visitors themselves were in a good run of form; they had not lost in ten matches beforehand. But it would be Metz’s run which continued thanks to eighth goal of the season from Diafra Sakho and then 14 minutes later Yeni Ngbakato doubled the lead and ultimately the victory and preserving the first position in the league. An excellent lobbed finish to cap an excellent start to the season for the promoted team.

Making up the top three are Lens and the northerners went to Niort on Monday night. It was not an auspicious start for Lens as they found themselves trailing after two minutes after a goal from on-loan striker Emiliano Sala. It was a suicidal back-pass that put the Niort attacker through on goal. Into the second half it would be Sala who would inflict more damage on Lens with his second goal after 51 minutes. This time a lovely volley putting Niort two up. Now, leading two-nil is clearly a very dangerous score line for Niort as for the third time this season they would be pegged back to two-all. Benjamin Boulenger reduced the difference on 80 minutes when he beat the keeper at his near post before Ahmed Kantari grabbed a point for Lens in the 91st minute with a spectacular rising volley from the edge of the box. That is now eight draws in fourteen matches for draw specialists, Niort.

In the other games, Caen scored a thumping 4-0 victory against struggling Istres. Istres who made it more difficult for themselves as Chieck Diarra received his marching orders on 50 minutes. Arles-Avignon carried on their strong home form with their eighth match without defeat at home after their one nil defeat of Brest. If Niort are the draw specialists then Clermont and Auxerre are trying their hardest to take that record from them. After an inevitable 1-1 draw on Friday night it’s now 7 and six draws respectfully for those teams.

Coupe de France ties await for Ligue 2 teams this week before returning to league business the week after with an interesting match between Caen and Auxerre on the night of the 25th November.