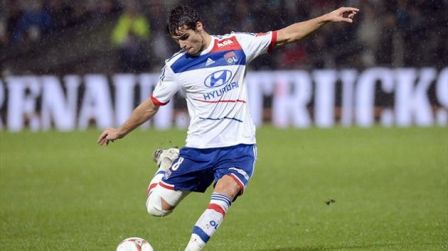 Get French Football News understands that Jean Michel Aulas will let attacking midfielder Yoann Gourcuff leave the club to join the team of his dreams, Arsenal, if a reasonable offer is made (expected to be around €15m).

The troubled Frenchman has had a very difficult two seasons with Lyon prior to the beginning of this year’s campaign where he has shone in Lyon’s first two matches scoring a wonderful free kick in Les Gones’ 4-0 opening day win over OGC Nice.

The player is one that Arsene Wenger has been watching for quite sometime but it is unlikely that Arsenal will lodge a bid for the player who is often injured and an inconsistent performer.

Arsenal is understood to be Yoann Gourcuff’s dream club and we believe that he has agreed with President Aulas that he will leave Lyon should the Gooners come knocking.

L’Equipe understand that Lyon’s recent contract extension offer to Gourcuff was rejected by the player, mainly because the new deal would have reduced his wages considerably.

Lyon President Aulas has come out today to say that he doubts that Arsenal will come in for the player: “I don’t think so but in football everything is possible”