Mamadou Sakho: What Liverpool are getting 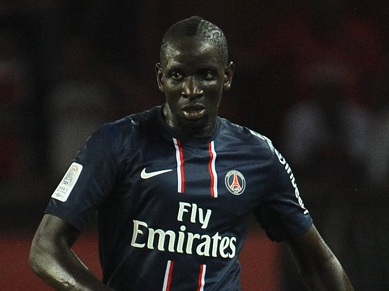 In the past few days, there have been staggering developments in the proposed deal that would take French centre back Mamadou Sakho to English club Liverpool. Today, as he is on the verge of this move, we take a look at just how good Sakho is, and whether he is good enough to compete day in, day out in the Premier League.

You could be forgiven for thinking that Sakho was a far older player than he really is. He has played almost 200 games for a top Ligue 1 club and was made captain for a Ligue 1 game 6 years ago in 2007, which, for any normal player, would suggest he was around 30 years old. However, amazingly, Sakho is only 23, and was given the captaincy of PSG for one game aged 17, the youngest in Ligue 1 history. This tells us a lot about what we need to know about Sakho. He is hard-working, determined, a good influence on other players and, most of all, a natural leader.

Regardless of the transfer fee, Liverpool are signing a quality centre back who will help them replace the legend that was Jamie Carragher. In many ways, Sakho is a similar player. He sets a great example on and off the pitch, he is never afraid to put his body on the line for the team and he will inspire his teammates to do the same. He has a brilliant sliding takle, is very strong in the air and also has a great knack of scoring goals for his team as well.

There are a few question marks about whether he can adapt to the English game. Some claim that, since Sakho has only ever played for PSG, he will take time to adapt to the new club, as it is the first time in his career that he has made this kind of change. However, unlike most 23-year-olds, Sakho has a wealth of experience to draw on. He has been capped 13 times by his country, has won 4 major honours with PSG and also has 2 individual honours to his name.

More to the point, even though he has only played in one club in his career, Sakho has partnered many different centre backs, and he has had to adapt to playing with each of these players and forming the best partnership possible. This should prepare him for the challenge that lies ahead with Liverpool, and I am sure that he will not struggle to adapt to the Merseyside team’s style of play.

Some fans have been complaining about the proposed transfer fee and yes, it is surprisingly high for a player in the last year of his contract. They, however, must understand that they are signing a player who has many years left in his football career. Sakho could still easily be in Liverpool’s starting line-up in 2020, at the age of 29. The reason that the fee is large is the fact that Livepool are buying a ‘young’ player who is also vastly experienced.

To conclude, the signing of Sakho is no doubt a great deal for the club. Brendan Rogers has brought in a player who is not only young and one for the future, but also has the necessary experience to be a leader in the team right from the very first day. We at Get French Football News wish Sakho every success at Liverpool, and we will certainly miss watching him grace Ligue 1 in the coming seasons.

Josuha Guilavogui to sign for Atletico Madrid according to reports