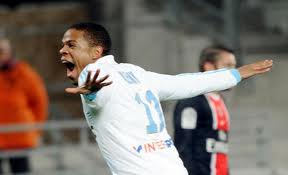 Newcastle have had an €11.5m bid accepted by Marseille for out of favour forward Loic Remy. Reports were officially confirmed by Marseille President Vincent Labrune who spoke to RMC: “We have an agreement with Newcastle for the transfer of Rémy. Loïc can negotiate with them.”

The transfer is however, far from complete. Last weekend, Remy rejected the chance to move to another Premier League side, QPR, because of the fact that they are embroiled in a relegation battle. It will all come down to personal preference. Either, Remy can remain with Marseille and play a role in attempting to win the Ligue 1 title this season; or he can join several of his close friends who currently play for Newcastle and, more importantly, look to make his mark on the Premier League.

So far, there have been no discussions over personal terms between Remy and Newcastle. Ex-Magpie and current teammate Joey Barton had this to say on Twitter: ‘Good luck to Loic in Newcastle. Don’t worry i’ve told him what to expect. Great guy. Perfect club for him.’

According to Francois Piraux (@F8Piraux), Loic Remy has just quit the Marseille squad who will play Sochaux later today. One assumes his arrival in England is imminent to discuss personal terms.