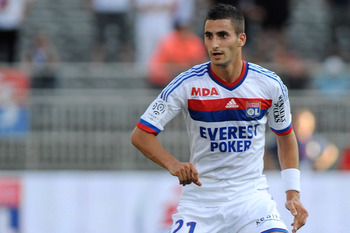 Get French Football News reaffirms that Maxime Gonalons has yet to agree to sign for Napoli although both parties are closer than ever to agreeing a fee for the player.

The fee set to be agreed is worth €13.5m, with €1.5m of that to be paid in bonuses. Gazzetta dello Sport and Tuttomercato are insistent that a deal is complete, but we can deny this. Lyon have yet to agree to the offer, although the majority of their demands have been met by Napoli.

Jean Michel Aulas, the Lyon President remains away on holiday and no decision will be  taken until his return. The date of Aulas’ reappearance in France is currently unknown. The player’s agents have been in constant contact with Napoli throughout the second half of 2013 and a provisional contract has already been drawn up.

It is also a case of whether or not Maxime Gonalons will agree to sign for Napoli in January or not. The Lyon captain had previously promised fans he would stay at least until the end of the season, although this is looking less and less likely.