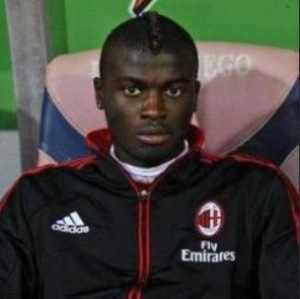 AC Milan’s attacking midfielder M’Baye Niang was this morning a step closer to returning to France after arriving in Montpellier to complete medical checks.

The player is understood to have successfully passed these and will finalise contract details later on today with the view to signing a 6 month loan deal with the 2011-2012 Ligue 1 Champions.

Hull City, Fulham, Marseille and Parma are all understood to have competed with Montpellier for the former Caen man’s signature but Montpellier officials met the player in Milan last week to convince him to sign.

French newspaper L’Equipe understand that there is a €10m buy-out clause in the loan deal, but we are unable to confirm this.

Niang is however one step closer to returning to the world of French football and consistent game time; something he severely lacked in Italy.