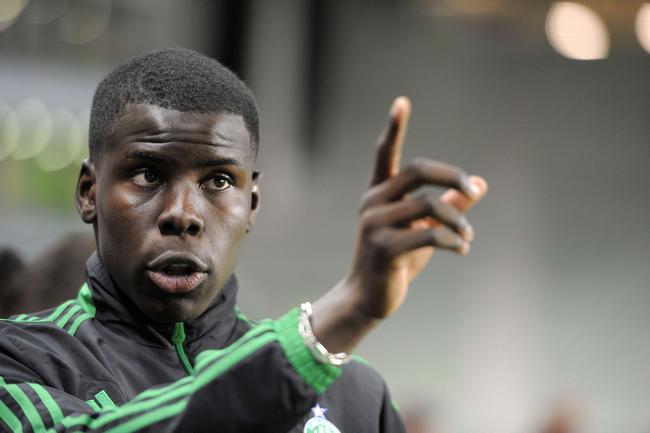 According to RMC, St Etienne representatives and the Monaco vice president Vadim Vasilyev are set to meet in mid-December to discuss a possible transfer for Les Verts’ young defender Kurt Zouma.

Despite currently being banned in Ligue 1, Zouma has attracted the attention of many clubs across Europe with his mature defensive displays, and now is being eyed up by the newly promoted side. Newcastle, Wolfsburg and other sides made contact over him this summer, but RMC understands that as we near the January window, 3 more English clubs have enquired about the Frenchman’s availability.

We, Get French Football News, understand that Monaco did make more than one attempt to sign the player this summer, with the defence of the big spenders being their weakest aspect.

Overall, depending on how talks go, going by RMC’s information, Zouma could indeed be a Monaco player next season. However, it is unlikely to be that easy, with many different clubs vying for the starlet’s signature.