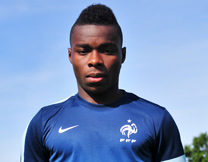 According to France Football, Newcastle have made an offer for St Étienne’s 17 year old defender Nathan Dekoké.

The player’s contract is coming to an end in June 2014 and Newcastle have approached the player, offering him a deal. Because the player is underage, Newcastle will have to agree a minimal fee with St Étienne if they are to go through with the transfer. The media outlet also cites Fulham as an interested party, who have watched the France U18 international on more than one occasion.

Get French Football News is currently unable to confirm these reports at present.

Javier Pastore and Ezequiel Lavezzi expected to stay; Menez on the way out