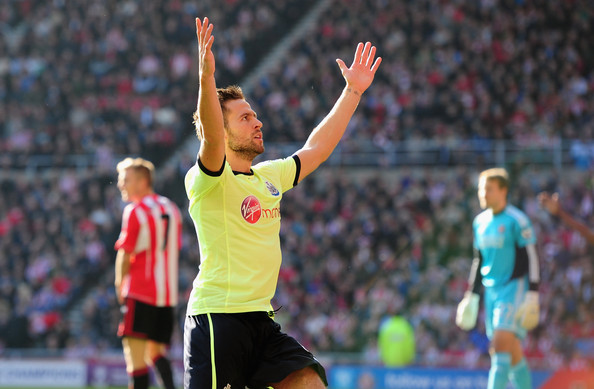 We, Get French Football News, understand that Siena have offered Ex-Lorient man Innocent Emeghara to Newcastle on a season long loan. The Swiss international was on loan at the Italian club from Lorient last campaign and this season Siena opted to buy the 24 year old for a fee of around €2,500,000. Whether Newcastle will take up this offer is unknown, but it seems unlikely that they would want a man who scored just 7 goals in Serie B last season.

Another man possibly coming in at Newcastle from France, according to Le 10 Sport, is Andre Ayew. The paper claims that Newcastle are eyeing up a move for him and have been alerted that the player could be available for around €10 million. This news does not come from a particularly reliable source, however, and is by no means confirmed by us at this stage.

As we exclusively revealed to you yesterday, Arsenal have submitted another bid for Cabaye last night, we understand, which is in the region of €17.5 million. Although this does seem below the asking price, according to the BBC, Yohan Cabaye does actually want a move to Arsenal and would certainly prefer that over PSG. L’Equipe, however, believe that PSG have submitted a higher offer than Arsenal for the player and could be set to high-jack a move. All should come clear shortly.