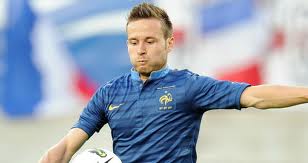 Le Parisien believes that Newcastle are intentionally being difficult with Arsenal over the possible transfer of French central midfielder Yohan Cabaye in an attempt to lure PSG into the race. Get French Football News reaffirms that Arsenal have made two offers for Yohan Cabaye to date. The first was worth €12.5m which was rejected by the Magpies, with Mike Ashley, the club’s owner, joking: ‘which part of Cabaye would you like?’.

Get French Football News then exclusively revealed on the 20th of August that Arsenal were to make a €17.5m bid for Yohan Cabaye and the outcome of this offer is currently unknown, with Newcastle refusing to cooperate at this moment in time.

PSG have yet to make a formal offer for Yohan Cabaye despite several baseless reports claiming so. Newcastle representatives have been in Paris over the past week to talk with PSG about the move, but the Ligue 1 Champions are unlikely to be impressed with the way that Newcastle have treated Arsenal.

The London club has been effectively ignored by the Magpies and PSG are unlikely to want to upset Arsenal manager Arsene Wenger who is understood to be the French club’s number one choice for their next first team coach.

Having said that, PSG are in talks to sign Yohan Cabaye and are expected to lodge a formal bid within the coming days if they can offload one of either Mathieu Bodmer or Mohamed Sissoko.

The best way to describe PSG’s pursuit of Yohan Cabaye is that it is ‘on hold’. However, because of the provisional talks that Newcastle and PSG representatives have held in recent days; if PSG decide to try and sign the central midfielder, the move could happen very quickly indeed.