Omar Daf: Give him a chance? 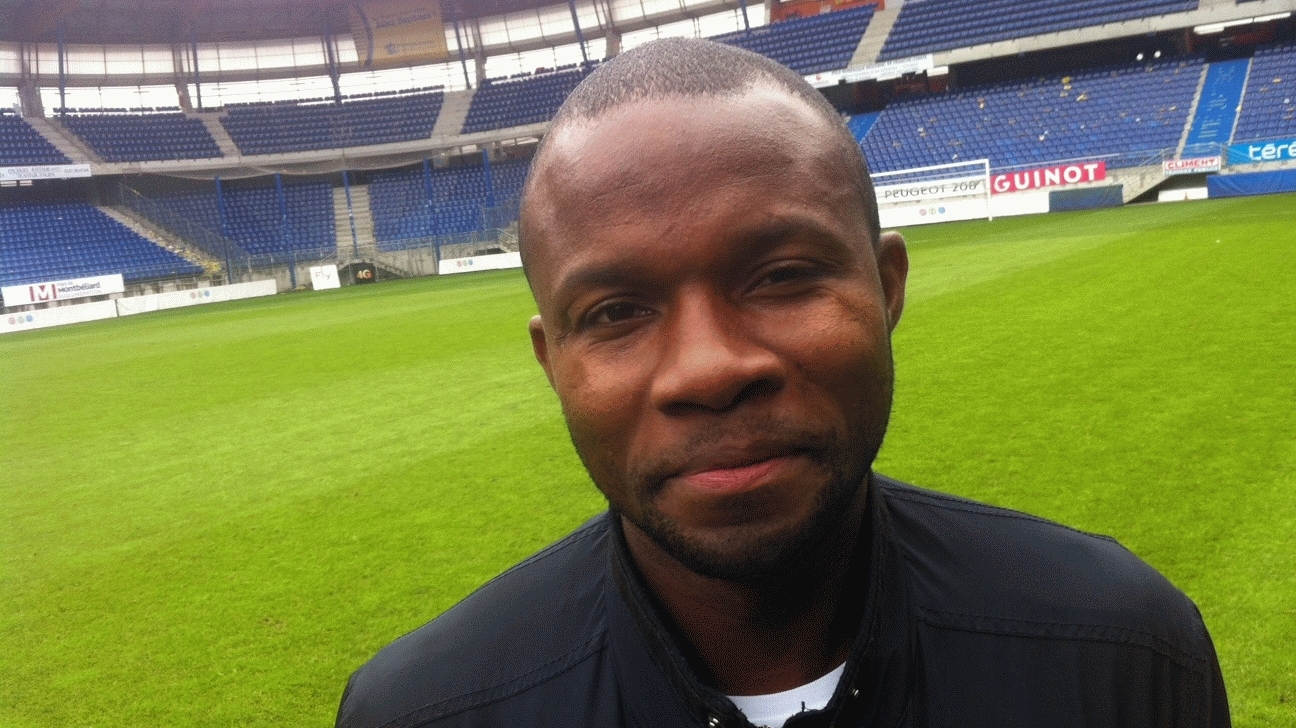 Sochaux have announced that former centre-back Omar Daf will continue as caretaker manager this weekend vs Bordeaux as they continue to search for a permanent boss after the resignation of Eric Hely 10 days previous. We ask the question: is the answer to Sochaux’s search for a manager lying right under their noses?

Speculation continues to grow as Pernet and co try to narrow the supposedly ever-growing list of candidates who is a suitable fit for the job.

The likes of Pablo Correa, Franck Dumas, Bernard Casoni, Hervé Renard and Faruk Hadzibegic, Jean-Louis Garcia and Hubert Velud has all been mentioned, with Renard and Correa perhaps the most realistic candidates.

Pablo Correa has 10 years of Ligue 1 and Ligue 2 experience with Nancy and more recently Evian before being sacked by the Annecy club last season. Ultimately, he failed to convince the Evian board that he would be able to keep the club from relegation to Ligue 2 last season whereas replacement Dupraz was able to do exactly that.

Evian’s squad last season was arguably more talented than Sochaux’s is now. Correa failed to convince that set of players with his philosophy and he is likely to encounter the same problems with Sochaux if he takes over.

Herve Renard on the other hand is a complete and utter wildcard. He is best described as a loose cannon. A man who never fails to show passion and fight on the touchline, Renard has gone out of his way to declare an interest in becoming the manager of Sochaux. Although he is still under contract with the Zambian national team, he said to BeIN Sport last week:

“It would be a great opportunity for me to be back in France. When you are in this situation, you cannot say too much, but I was offered. It is up to them to make their decision. But for me, it would be an interesting offer. There remains thirty matches or so and I’m sure I can do something to save the club.”

With no disrespect to Renard’s former clubs, Sochaux would be a massive step up for the Frenchman. The most notable club he has managed is USM Alger and his stint in Algeria lasted for less than a year. In the last 5 years, Renard has mainly been in charge of Zambia and Angola; two international teams. He has a lack of club-level managerial experience where he must be fully alert on a day-to-day basis, never losing focus.

One wonders whether Renard has the nerve to battle in a Ligue 1 relegation dogfight this season. He seems to be too high-risk an option and Sochaux do not want to have to sack another manager this term.

So where does that leave us? Today, Omar Daf leads Sochaux’s final training session before their Ligue 1 game on Sunday against fellow strugglers Bordeaux as caretaker manager. The Senegalese centre back spent 13 years at Sochaux as a player and is whole-heartedly committed to Les Lionceaux. He loves this club and the players he has been managing for a short while reacted most positively to this when they notched up their first win of the season against Valenciennes.

The tactics that Daf employed last weekend should receive applause from Sochaux fans and the board alike. It was a gutsy attacking display, especially in the first half from FCSM. The team seemed more organised at the back, they had more set piece moves which thwarted Valenciennes than they have had in previous weeks (Carlao actually scored from a corner) and most importantly, they were motivated to give everything for three points. You could see it in some of the players eyes, Carlao, Dias and Roudet especially.

At the end of the match, Daf kept a cool head and instructed his team to congregate in the centre of the pitch at the Stade Bonal and huddled in a circle with the caretaker boss in the middle giving his animated post-match team talk. His face expressed pride but a steely determination too. The very idea of the post-match, public huddle was a symbol that the squad was unified and strong.

At the moment, it is difficult to see any other individual getting more out of this set of players than Omar Daf himself. While we await the result of their encounter with Bordeaux, maybe Pernet should realise that if this Sochaux team is as motivated as last weekend for every game-week then they will without a doubt be able to survive this season. Maybe Omar Daf, despite a lack of experience should be the man to step up.