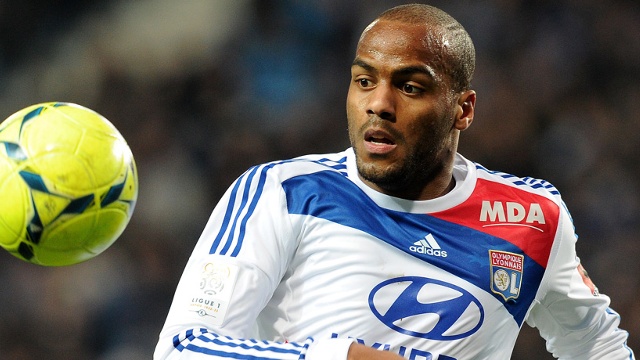 Thursday’s match in Lyon could provide the hosts with a chance to finally pick up 3 crucial points as their form in all competitions has been dismal. Previously, Lyon have drawn away to Betis and at home to Vitoria Guimaraes and have only found the net once thus far. Visitors Rijeka could also do with a win, as they currently sit bottom of a very tight Group I.

Lyon’s form over the past couple of months has been extremely poor and quite mysterious. They currently sit in 12th place in the Ligue 1 standings, and have only won once in 13 games in all competitions. This is an amazing stat, considering Lyon finished 3rd in Ligue 1 in the last campaign.

Rijeka on the other hand, come into this game after two straight wins, including a marvellous 11-0 away win in the Croatian cup and they currently sit 3rd in the HNL table behind European perennials Dinamo Zagreb and Hajduk Split.

Remi Garde will be without Umtiti, Kone, Bedimo, Danic and playmaker Gourcuff for this game, so the Lyon boss will have to put a lot of thought into his team selection.

With this in mind, I expect Lyon to start in a variation of a 4-5-1 formation, with Sarr and Bisevac in the centre of defence, flanked by Zeffane and Dabo. Although, suggestions this morning are that Captain Maxime Gonalons could start at the heart of the defence tonight. In midfield, Lyon will look to the quality of Grenier and the experience of Malbranque to unlock the Rijeka backline. Jimmy Briand’s late equalizer against Bordeaux could see him push for a starting place with Benzia.

The visitors will probably start off in a 4-4-2 formation, with danger man Benko starting up front alongside one of Krstanovic or Kramaric, the latter scored 8 times in their recent Croatian Cup success, so he will be a threat for Les Gones. The visitors will hope their back line is more solid than it was on their previous away trip in the Europa League, where they shipped 4 at Guimaraes.

If Lyon opt to play with 3 central midfielders against Rijeka’s 2, then this tactical imbalance could create an enticing encounter. Lyon should be able to dominate possession which will slowly tire out Rijeka who will attempt to press. This should allow Clement Grenier in particular plenty of breathing space to create opportunities for his teammates. However, if Rijeka’s midfielders can remain resolute and distribute the ball quickly to the wingers, then Lyon maybe exposed as the wingers will have 2 men to aim at in the area.

Lyon need to use the pace of Lacazette and Benzia/Briand to get at the unconvincing Rijeka backline, as this was a tactic which served Guimaraes very well in matchday 1, where Maazou and Andre Andre stretched them with clever movement. The Lyon fullbacks, particularly Zeffane have the pace and stamina to support attacks as well as defend.

The Lyon fans will be desperate to see a worthy performance from their team this evening, even if only to lift the negative atmosphere around the club at the moment. Lyon definitely have enough to win this game, despite their injuries and poor form, they just need that lucky break to start rebuilding that confidence this relatively young side currently lacks. Rijeka will fancy their chances of causing an upset in Mid-France tonight, but they will have to execute their game plan perfectly for this to happen. I expect a tight game, in which the outcome could be influenced by an early goal for either side.