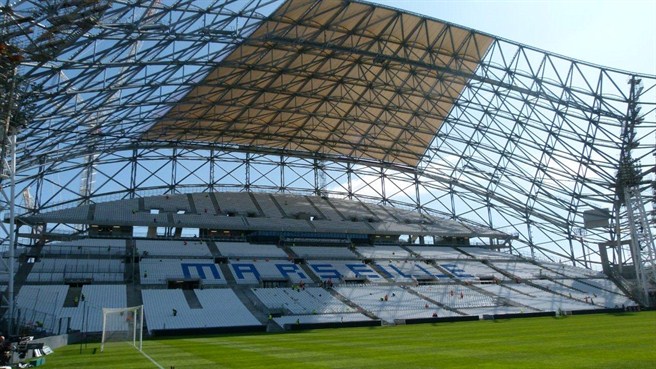 Marseille take on Arsenal in the opening game of the UEFA Champions League group stage at the Stade Velodrome, Despite only being the first week, this game will be extremely important for both sides as they have been drawn in Group F – this years famed “Group of death”, where every point will count in making the next round.

Both sides will be vaguely familiar there opponents this week, however, having been drawn alongside each other, along with Borrusia Dortmund, at this stage in the 2011/2012 season. It has to be said, however, that Marseille do look much stronger coming forward than two years ago, with the likes of Payet and Thauvin having the ability to really cause problems for a sometimes shaky Arsenal defence. Marseille are also yet to encounter the 42 million man Mesut Ozil and with the likes of Giroud and Ramsey on-form, the odds do appear to be stacked against the French side.

Arsenal got the better of the French club in the campaign two years ago claiming four points of which included Aaron Ramsey notching the winner at the Velodrome in stoppage time. Despite Arsenal coming out on top, both sides advanced to the last sixteen only a point apart. Arsenal are unbeaten in their last 9 visits to France in the Champions League and they are favourites to put this into double figures.

This season, Arsenal have impressed in all competitions despite an opening day defeat to Aston Villa. Arsene Wenger’s men are setting the pace in the Premier League, having won six of their opening seven games this season, including a 5-0 aggregate victory over Fenerbahce to reach this stage.

As for Marseille a second place finish behind big spending Paris St. Germain is perhaps the best they could have hoped for last campaign. L’OM currently lie fifth in Ligue 1, three points behind league leaders. newly promoted AS Monaco after dropping points for the second time this season with a 1-1 draw at Toulouse.

This is Marseille boss Élie Baup’s first taste of European football with the manager having arrived on the southeast coast of France in July 2012. In stark contrast to this, his counterpart, Arsene Wenger, has guided Arsenal into their sixteenth successive Champions League group stage since he arrived in 1996.

Arsenal come into this game with an ultra-confident Aaron Ramsey, as mentioned earlier, who has started the season in inspired form, scoring six goals including a brace against Sunderland last time out. Olivier Giroud has also silenced some critics from last season with five goals in all competitions as he also hit the net on the weekend in Wearside.

However, Giroud is one of a number of injury doubts for the game after being forced off before the end against Sunderland with knee issues. Arsene Wenger also declared Santi Cazorla will be out until October with an ankle injury. Nevertheless new signing Mesut Ozil should make his European debut for the London club.

As for the hosts, Florian Thauvin will make his Champions League debut after his controversial signing from Lille, despite never playing for Les Dogues. Arsenal will also have to contend with a rejuvenated Andre-Pierre Gignac who has led the line impressively with three goals in five games.

Whilst Arsenal will be looking to extend their good start to the season, Marseille will be hoping to put their erratic start to Ligue 1 behind them as Wenger and Baup look for an important three points to build upon with both big-spending Napoli and last season’s beaten finalists Borussia Dortmund making up the rest of the group.